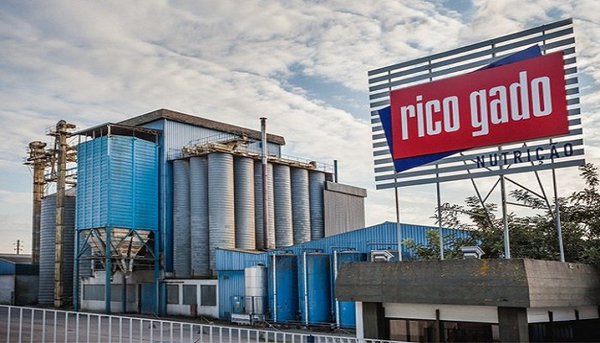 Agriculture plays a very important role in the life of every nation. Infact, agriculture is so important that most powerful nations on earth and throughout history have been strong agricultural nations. Those nations that did not have strong agriculture or food production capabilities were often at the mercy of their neighbours or adversaries who used the food weapon against them.

The importance of agriculture to the greatness of a nation lies in the fact that it provides food and raw materials which are indispensable in the life of nations. Nations whose agriculture can feed their population talk of having food security and if they can also export the surplus to needy countries or even donate to needy countries, their status in inter-state relations becomes very high. Second, if a nation with a thriving agriculture produces raw materials for export which most often does, these raw materials feeds agro-allied and other industries enabling the nation in question to produce a variety of products for export.

Thus a strong, sustainable and productive agricultural sector gives a nation leverage in international affairs where it harnesses the respect and goodwill of other nations and the less endowed.

There was a time that Nigeria had a strong and productive agricultural sector. During the colonial and post-colonial years when the nation’s economy was healthy and depended in the main on a variety of agricultural products both for food and national revenue. Then Nigeria was a happy and confident country and was respected in the comity of nations as a Middle income country. All that is now history.

Agriculture is a diverse sector with many subsectors. There is farming, forestry, livestock, horticulture and fishing. Livestock is also known as animal husbandry. It includes the rearing of cattle, goats, rams as well as birds or poultry. While in the main, the nation’s agricultural sector has declined over the years leading to Nigeria acquiring the unenviable status of a food importing country, recent conflicts over space and right of way involving farmers in many parts of the country, and herdsmen who move from place to place in search of pasture for their cattle, has introduced veritable threats to the future of these sub- sectors.

The frequent clashes between herdsmen and farmers all around the country in recent times are an ill wind that will portend only loss and regression for what is left of the agricultural sector in the country. This would threaten not only peace and harmony but food production and food security in the long run reducing the ability of the nation to feed its people and hold its own in the comity of nations.

Also at a time when the nation’s economy is in the doldrums and all effort and attention is being directed to revitalizing all aspects of agriculture and harnessing these for national development and growth, civil strife and violent confrontation between herdsmen and farmers will defeat the plan for economic diversification. Diversification is a must for the nation’s economy and even the international financial institutions have all applauded the Buhari administration urging him on in this regard. Therefore the nation’s agriculture must come alive again and for good or else, Nigeria would become an awfully beggarly nation.

When the clashes between herdsmen and farmers reared their ugly heads in many parts of the country, the fear, bitterness and sense of permanent loss engendered by the loss of lives tended to introduce politics rather than clear thinking into the search for solutions. Happily, at the political level, the Federal Government has given firm instructions to the security forces to ensure that the clashes are halted while those apprehended fomenting trouble or carrying dangerous weapons are brought to book.

Beyond the security approach of halting the clashes between farmers and herdsmen, is the urgent need to address the need of both groups of agricultural workers for the good of the nation. While restraining and limiting the movement of herdsmen would safeguard farmlands and crops, the nutrition requirements of millions of cattle that move from mostly the Northern part of the country to the forest belt of the South of the country in search of pasture need to be addressed. The cattle need pasture on one hand, and unobstructive grazing areas on the other hand. The need for pasture is so great in view of the relentless march of desertification in the North, such that the Minister of Agriculture, Chief Audu Ogbeh, has even toyed with the idea of importing and re-planting grazing grass from Brazil.

While the idea of grass from Brazil could be one of the long term solutions as part of the re-grassing and re-forestation efforts to check the march and advance of the desert, an immediate solution which could subsist for a long time with both local and foreign inputs, is the production of livestock or animal feed.

Animal feed produced in reasonable quantity in the country can go a long way in solving the pasture needs of the nation’s cattle population and at the same time reduce the need for herdsmen to move hundreds of miles across the length and breadth of the country in search of pasture. With animal feed taken care of, it would be possible to confine herdsmen and their cattle to a reasonable geographical space within the country, where they would cease to be a threat to farmers on whom we depend for food and cash crops. It would be possible to now carve out cattle ranches in the Northern and Central parts of the country in such a way that no group of farmers would feel threatened.

The above situation has challenged one of Nigeria’s leading entrepreneurs and businessman, Atiku Abubakar, a former Vice President to float an animal feed factory in Abuja. This company, Rico Gardo Nutrition is a joint venture between Gesse Derdirabe farms, belonging to Atiku, a long time farming enthusiast, and his foreign partners.

With the foundation laying ceremony of the Rico Gardo Nutrition animal feeds plant on the 21st of May, 2016 at Idu Industrial Zone in Abuja in the presence of top government officials, it can be said that Nigerian business people have commenced the much-talked about but hitherto elusive diversification program in some sectors of the economy. These category of Nigerians namely, Atiku Abubakar, Aliko Dangote and Eric Umeofia, among others are heeding the marching orders of President Muhammadu Buhari to “make them in Nigeria and export abroad”.

Nigerians look forward to more of such revenue and employment generating ventures to help the nation’s sick economy to bounce back to health.

Louis Okoroma writes from Abuja and can be reached on iheokoroma@yahoo.co.uk

Yakubu Dogara: How Politicians Use Religion To Divide Nigeria

Pius Adesanmi: To Be Fair To Ayodele Fayose…