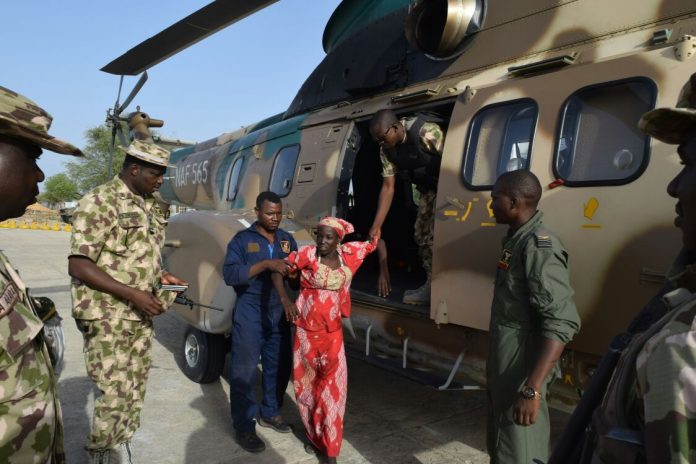 President Muhammadu Buhari has revealed that corruption was largely responsible for the inability of the Nigerian military to quickly defeat Boko Haram.

According to Garba Shehu, Senior Special Assistant to the President on Media and Publicity, Buhari made the disclosure on Wednesday, in Abuja, at an audience with the Grand Imam of Al-Azhar, Dr. Ahmed El-Tayeb.

Buhari added that with measures taken by his Administration to curb corruption and provide better weaponry, logistics, training and welfare for soldiers on the frontlines, the Nigerian military has now almost totally incapacitated Boko Haram as a fighting force and recovered all territories that were lost to the terrorist sect.

“When we curbed corruption and removed the injustice in the military, we began to make progress,” President Buhari said.

Welcoming the support of Muslims across the world for Nigeria’s war against Boko Haram, the President said that the war against terrorism was also a war against injustice, which is not condoned by Islam and all the major religions.

“You can’t kill the innocent in churches or in mosques and shout Allahu Akbar,” Buhari said, adding that the visit of Dr. El-Tayeb and his expression of solidarity with Nigeria in the war against terrorism was a clear indication of global Muslim support for Nigeria against the unjust killing of the innocent by terrorists.

The President also reaffirmed his Administration’s determination to resettle all persons who were displaced by the Boko Haram insurgency and thanked the Grand Imam for the donation of scholarships, educational and medical supplies to Nigeria’s Internally Displaced Persons.

Dr. El-Tayeb told President Buhari that Muslims all over the world share Nigeria’s pains from terrorism and will continue to support efforts to ensure the return of peace and unity amongst all faiths in the country.