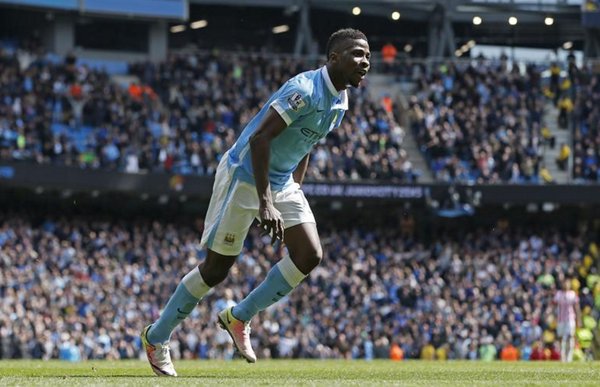 Nigeria’s Kelechi Iheanacho bagged a brace, his second in consecutive Premier League games as Manchester City went down 4-2 to Southampton on Sunday.

City, who go up against Real Madrid in a Champions League second leg semi-final match in midweek and started without Sergio Aguero, Kevin De Bruyne and captain Vincent Kompany, were aiming to return to third in the Premier League table.

But the latest reverse means the blue half of Manchester will have to look over their shoulder to fierce rivals Manchester United who sit fifth, four points behind but with a game-in-hand to reduce the gap to fourth.

Ireland striker Shane Long gave Southampton the lead on 25 minutes to convert his fourth goal in five games, before Mane got his first by slotting in a Dusan Tadic pass three minutes later.

Iheanacho halved the deficit for his side just before half-time with a neat header after Samir Nasri’s cross was deflected.

But Mane scored twice after the break to stretch the Saints’ lead again, before the irrepressible Iheanacho scored his seventh league goal of the season on 78 minutes as Ronald Koeman’s men held on for the win.