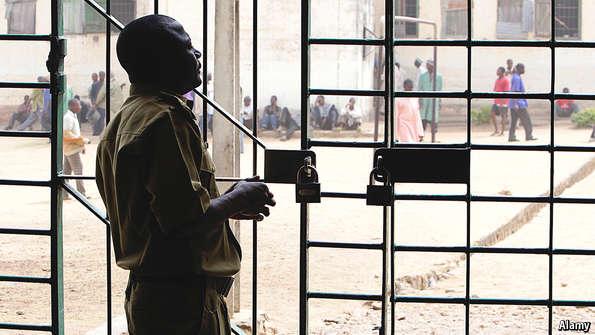 They have pleaded not guilty. In the course of trial, the prosecution called four witnesses.

In his judgment, Justice Buba held that the prosecution had proven its case beyond all reasonable doubt. He therefore sentenced the convicts to two years imprisonment on each of the three counts, starting from December 2, 2014, when the convicts were arrested with an option of N200, 000.00k (Two hundred thousand naira) fine for each count.

The convicts are to forfeit all the seized vessels, cargoes and properties to the Federal Republic of Nigeria, while the jail terms will run concurrently.

Meanwhile, Justice M.T.M. Aliyu of the Kaduna State High Court sitting in Kaduna, on Tuesday, April 26, 2016, convicted and sentenced one Bitrus A. Mallam, a former cashier with the Kaduna State Local Government Pension Board , to 12 months imprisonment on a one-count charge bordering on theft to the tune of N8,658,359( Eight Million Six Hundred and Fifty-Eight Thousand Three Hundred and Fifty-Nine Naira) brought against him by the Economic and Financial Crimes Commission, EFCC.

The charge reads: ‘‘That you Birtrus A. Mallam, being the former cashier in the Kaduna State Local Government Pension Board, sometime in 2000 in Kaduna, in the Kaduna Judicial Division of the High Court did commit theft by dishonestly taking the sum of N8,658,359 (Eight Million Six Hundred and Fifty-Eight Thousand Three Hundred and Fifty-Nine Naira) the property of Kaduna State Local Government Pension Board without her consent and thereby committed and offence contrary to Section 286 and punishable under Section 289 of the Penal Code Laws of Kaduna State.’’

However, the convict, who is currently the Head of Idon in Adara Chiefdom, Kaduna State, pleaded not guilty to the charge, thus leading to his full trial.

During the trial, the prosecution counsel, Jijah H. Bwala, presented five witnesses and tendered 22 documents to prove his case.

“Furthermore, when the crime was discovered, the Board issued the accused a query, which he responded to, admitting culpability, accepting full responsibility for the crime, and pleading for the mercy of the Board as well as the opportunity to make restitution of the amount stolen.

“Exhibits tendered in court also corroborated the different testimonies and were not discredited by the defence. Exhibits 2 and 3 prove that the accused did take monies, the property of the Kaduna State Local Government Pension Board. He did so to cause wrongful gain to himself by unlawful means. The prosecution has proved their case, and I convict you as charged.”

The court further ruled that his inability to pay the N100,000 fine would attract additional 12 months in prison.

Mallam, who was employed by the Board in 1993 as a clerical officer, rose to become a cashier in 1998.

He, however, abused his position and, in the process, made illicit money with which he acquired landed properties and vehicles.