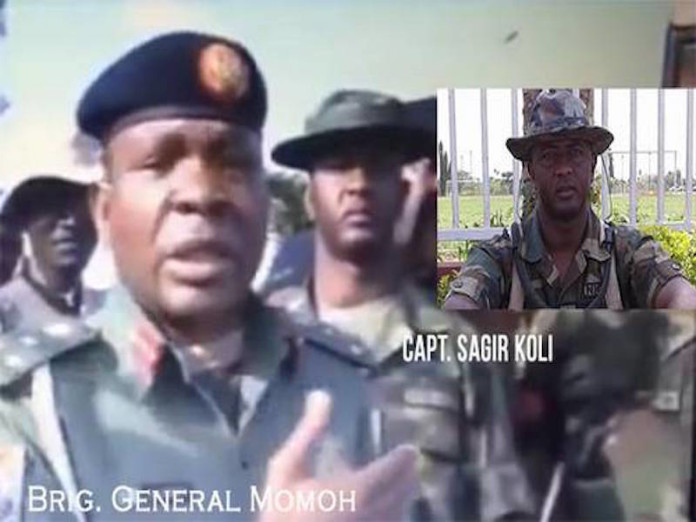 The Nigerian Army has sent Brig.-Gen. Aliyu Momoh, who was indicted for being complacent during the Ekiti State governorship poll in 2014, on early retirement.

This was confirmed yesterday by the Director of Army Public Relation, Col. Sani Usman, who however clarified that there was nothing like “resignation” in the Nigerian Army, as reported by some media organisations.

The army’s board of inquiry established to investigate the alleged misconduct of some military personnel during the 2014 and 2015 elections, had on January 11, 2016 released a report recommending the compulsory retirement of two officers, Momoh inclusive.

Other than recommending the two officers for early retirement, the board also advised that three other officers be striped of their command, while one other officer was to face prosecution for collecting financial gratification.

The verdict, which was confirmed by Usman in a statement, though was silent on the names of the indicted officers, alluded to the fact that Momoh was the main culprit in the Ekiti governorship election.

The board, which submitted its report to the Chief of Army Staff (COAS), however commended one officer, Captain Sagir Koli, for what it described as non-partisanship and professional conduct while various disciplinary measures were recommended for over 90 other personnel.

The army spokesman had disclosed that 23 officers, over 100 soldiers and 62 civilians had appeared before the board headed by Maj.-Gen. Adeniyi Oyebade, the General Officer Commanding 1 Division of the Nigerian Army.