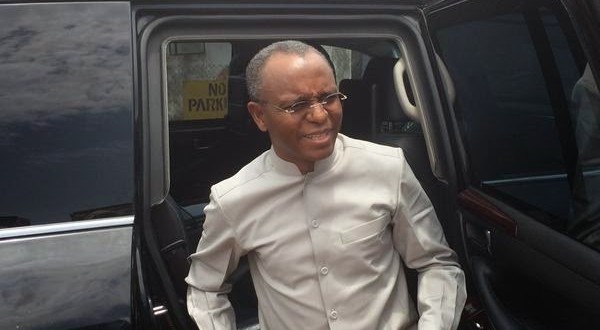 The Kaduna state chapter of the Pentecostal Fellowship of Nigeria (PFN) has kicked against the executive bill by the Kaduna state government on the regulation of religious preaching, saying that the bill was obnoxious and directly offensive to Christianity.

Addressing a news conference in Kaduna, state chairman of the PFN, Prof. Femi Ehinmidu said the PFN was opposed to the bill in its entirety and shall do everything legal to ensure that the rights of Christians to preach the gospel is not curtailed.

According to him, “The Bible commands Christians in the book of Mark 16: 15 to go into the entire world and preach the gospel to every creature”, stressing: “This is the foundation and life wire of the Christian religion. We will rather obey God than man……taking away our rights to preach and evangelise, is telling us not to practise our religion as we are commanded by the Lord Jesus Christ”.

He maintained further that even the Nigerian constitution guarantees freedom of worship and “our rights to propagate our religious beliefs”, saying that the Kaduna state government could not claim to be wiser than the whole lot of eminent Nigerians who gave the nation the constitution.”

Ehinmidu said further that the PFN does not see any reason why restricting and regulating religious activities should be the priority of the Kaduna state government when there are more pressing issues that needed to be given attention.

“The bill according to the drafters, seek to contain hate speech, but we all know how Mallam El -Rufai, before he became governor, thrived on hate speeches.

“We recall all the unprintable things he wrote about Christianity and our Lord Jesus Christ on his twitter handle all in an the effort to denigrate former President Goodluck Jonathan .He had said more vile things about the President of the CAN, Pastor Ayo.

“There are many laws that legislate on trampling on the rights of other people.

Let those laws take full course. The bill should not take Kaduna state backward. We oppose this bill in its entirety. We shall also do everything legal to ensure our rights as Christians are not curtailed” the PFN chairman alleged.

He called on well meaning Nigerians and relevant stakeholders to prevail on the Kaduna state government to withdraw that vexing bill before the Kaduna State House of Assembly.

Also commenting during the press conference, the Secretary of the PFN, Rev. Tony Inwulale maintained that all the religious crises in Kaduna state had nothing to do with preaching or religion.

Inwulale, a former journalist who had covered some of the crises in the state said “if you check all the crises in Kaduna they had nothing to do with religion or preaching. The problem is that whenever there are conflicts over certain issues, even if it is politics, it takes a religious and ethnic dimension.

The bill tagged “A Law to Substitute the Kaduna State Religious Preaching Law, 1984” requires both Muslims and Christians preachers in the state to obtain preaching permit which shall be renewable every year.

It also bans residents from playing evangelical tapes and CDs in public places and allows loud speakers to be used only inside churches and mosques for a period not exceeding 8.00pm while violators are liable to a fine of N200, 000.

Buhari Had Promised To Provide Nigerians 20,000mw of Electricity, Today He Reduced It To 10,000Mw