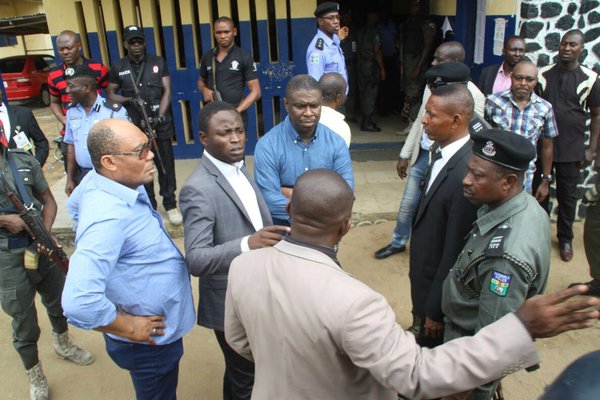 The All Progressives Congress (APC) in Rivers state has called for a cancellation of Saturday’s legislative rerun election, describing it as worse than the 2015 general election.

Davies Ikanya, chairman of the party, made the call at a news conference in Port Harcourt, the state capital, on Monday.

Ikanya said the outcome of the election was not acceptable because the process was not free, fair and credible.

“The position of Rivers APC is that the entire re-run elections in the state were marred by irregularities, violence and unlawful interference by the state government,” he said.

Ikanya said the conduct of the election fell far below acceptable standard, adding that no credible result could come out of the process.

“The APC, therefore, calls on INEC to cancel the entire rerun election in the state to enable it to correct the pitfalls,” he said.