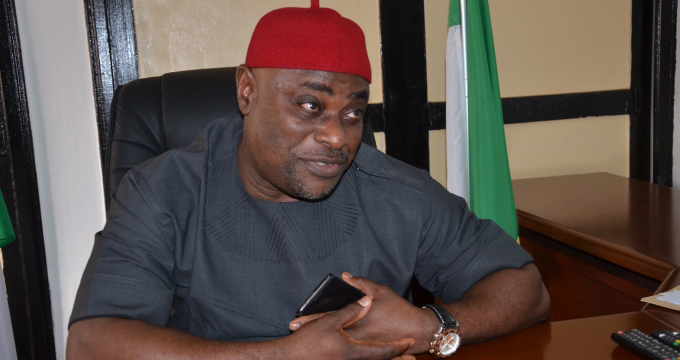 The National Chairman of the All Progressives Grand Alliance (APGA), Dr Victor Oye, on Saturday urged the Federal Government to take urgent steps to reposition the country’s economy.

Oye, who made the call in an interview with the News Agency of Nigeria (NAN) in Awka, described the state of the economy as disturbing.

He, however, said that the development was not peculiar to Nigeria, but a global phenomenon, which demanded urgent policies to bring the economy back on track.

The APGA chief blamed the downturn in the economy on the fall in revenue, due to the fall in oil prices in the international market.

“The Nigerian situation is awful and many citizens are disenchanted with what is going on in the economy.”

“But I want to quickly point out that the entire blame should not go to the government because it is a global phenomenon due to the fall in oil prices and low demand.”

“Even the advanced economies are not spared of the challenges.”

“But Nigeria presents a pitiful case because even in the midst of plenty, most of our people still wallow in squalor and the level of poverty today is frightening,” he said.

Oye said that an APGA government would have embarked on the development of blueprint that could provide a short and medium-term solution for economic revival.

He called on President Muhammadu Buhari to heed the clarion call and constitute an economic team comprising the best brains Nigeria could offer to salvage the economy.

“If APGA were to be in government, we would have come up with a blueprint that will solve this economic quagmire, because the problem has to do with the team that is managing the economy.”

“I expect Buhari to set up an economic team or re-invigorate the team, so that we can get the best possible from them because Nigeria has the best.”

“Nigerians massively voted him and many are becoming impatient, so the onus is on him to prove that the people were right in their choice, and that he is capable,’’ he said.

The APGA chairman commended the anti-corruption fight of the government, expressing confidence that he could turn around the fortunes of Nigeria.

He, however, urged Nigerians to be patient with the new administration.

“I believe that Buhari has the capacity to right the chequered history of this country; as an individual, I have confidence in him.”

“As a matter of fact, many people did not think that the president can go this far.”

“I believe that nothing comes easy; Nigerians will suffer for some time before things start to take shape, so, we must be patient,” he said.

A Section Of The APC Denies Clearing Kwankwaso, Insists He Must Be Investigated