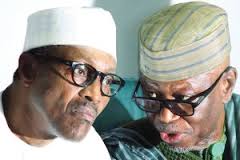 TheCable is reporting that the All Progressives Congress (APC) is experiencing financial distress and has been unable to pay the salaries of its staff.

At a news briefing on January 25, John Oyegun, national chairman of the party, had admitted that the party was having financial challenges, but he added that the party did not want to bother President Muhammadu Buhari because it was not his constitutional duty to finance the party.

“There has been this talk in the media but that goes to tell you that just like the economy, the party too is suffering from the stresses and strains of funding just like every institution in our polity,” he had said.

“That also goes to tell you that we are not a party that withdraws money from security votes or from any government agency. We are working on plans to raise money from within the memberships. That plan has matured and will soon put it into operation.

“I saw reports that we have written to the president to rescue the party. That is not part of his national duties and he has no intention because there are no funds from which he can draw from.

“The party has to come up with fresh and innovative ways as to how to raise resources for its operations and that, we have done. The plan is ready and will go into operation in the next one month or two.”

But TheCable has learnt that Buhari is not willing to “bail out” the party owing to allegations of financial mismanagement against leaders of the party.

A source privy to the “financial standoff” said some officials of the party magicked N7bn campaign funds in the last general election.

“The president is furious with the party leaders, and has refused to support them financially,” he said.

“The party now runs after state governors in a bid to survive, and has begun to knock on the doors of ministers.”

On February 24 when APC leaders met with Vice-President Yemi Osinbajo at the presidential villa, the financial crisis in the part was one f the major subjects of discussion.

Senate Says Buhari’s Action In Unbundling The NNPC Is illegal