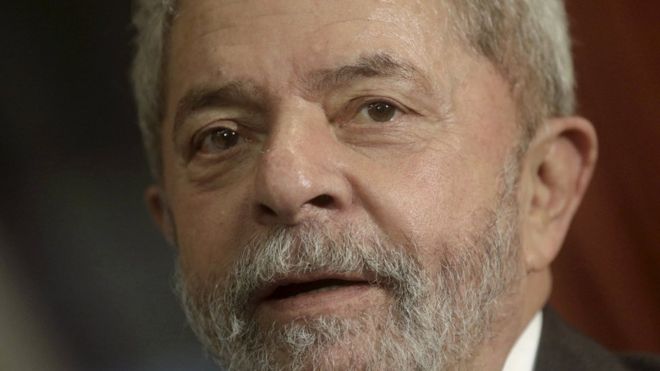 The BBC is reporting  Brazilian police have raided the home of ex-President Luiz Inacio Lula da Silva as part of a huge fraud inquiry into the state oil company Petrobras.

The former president was being brought in for questioning, reports have said.

Mr Lula, who left office in 2011, has denied allegations of corruption.

The long-running inquiry, known as Operation Car Wash, is probing accusations of corruption and money laundering at Petrobras.

Officials say some 33 search warrants and 11 detention warrants are being carried out.

Some 200 federal police agents were deployed in the states of Rio de Janeiro, Sao Paulo and Bahia.

The headquarters of the former president’s institute in Sao Paulo was also a target, as well as addresses linked to one of his sons, Fabio Luis.

One of the lines of inquiry is that construction companies targeted by the operation could have paid for the development of Mr Lula’s ranch.

Dozens of executives and politicians have been arrested or are under investigation on suspicion of overcharging contracts with Petrobras and using part of the money to pay for bribes.

Mr Lula served two terms as president and was succeeded in office by his political protege, Dilma Rousseff.