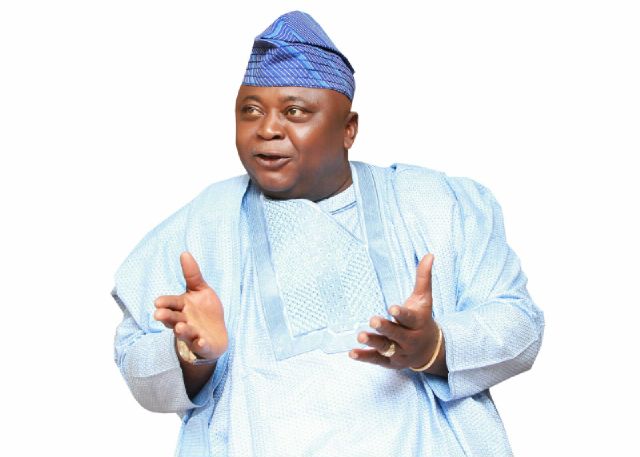 The Chairman, House of Representatives Committee on Rural Development, Honourable Oladipupo Adebutu has called on members of the Peoples Democratic Party (PDP) to rally round the new Chairman of the party, Senator Ali Modu Sheriff for the greater good of the party and Nigeria’s democracy at large.

Adebutu, representing Remo Federal constituency made this call on Monday while playing host at his Iperu Remo Country Home to some members of the PDP who were past political appointees in all the 20 local government council areas in Ogun State and non-partisan ex-office holders.

According to him ” The emergence of Senator Ali Modu Sheriff as the new Chairman of our party is a distinct display of seriousness and a strong determination to place the party back on the winning track. While his emergence may have been misunderstood by some party members, it is important we focus on the need to revamp the party as an all-inclusive umbrella with a capacity to deliver electoral victory and a credible political alternative before the electorates.”

Speaking further, Honourable Adebutu stated that the focus of party members should be how to bring back the PDP in line with the vision of the founding fathers which is deeply rooted in rural participation and collective ownership.

“The foundation of the democracy our country enjoys today was laid by the wise men of PDP and nurtured by the doggedness of our countrymen and women; history will also be kind to PDP as our party helped to sustain and preserve the sacrifices of these heroes against all odds. This has been made possible as a result of the principle of collective ownership by the founding fathers of this party, and this must be sustained.”

He therefore appealed to the new Chairman of the party, Senator Ali Modu Sheriff, that “with great power comes greater responsibility. The power bestowed upon him comes with lots of headache but he should look beyond the pains and see criticisms as the concern of fellow party members who desire the betterment of the party. PDP needs peace, unity and shared ideology, he should see himself as the biblical Moses anointed to take the party to the promised land.” He said.

PDP Chief, Uche Secondus Says His EFCC Trial Is A Case of Witch-hunt And Political Persecution