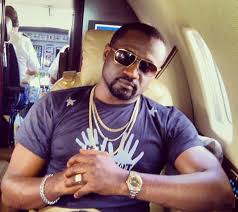 PSquare may have severed ties with their manager, Jude Okoye who is also their older brother. Peter Okoye took to Social network to rant . We have no idea what must have led to the break up but from the tweets it seems the issue has been lingering for sometime now..

Pls who so ever makes any transaction with Northside Entertainment or Jude Okoye on Psquare's behalf does so at their on risk. #warning

Family business can be pain in the a$$.

Pls peter and Paul are Psquare not with Jude. Thanks https://t.co/7YfWMPVWhS

I have regretted a lot of things in my life... But trust me this is not one of them. #NoMoreFamilyBusiness

Been nurturing and managing this problems for over 4yrs now. Don't take my silence as a weakness. #done

A Background of what we know

Only recently, Paul of the Psquare records in an interview explained why his brother, Peter and himself have been doing business individually lately while Psquare still remains intact. He had regretted not signing Phyno, Kiss Daniel and Cynthia Morgan.

Paul said he decided to single handedly sign his new artiste so as not to repeat missed opportunities he had with some artistes in the past. He revealed that he had missed opportunity of signing artistes who are now stars just because he wanted them signed unto Square records.

According to him, “When Jude brought Cynthia Morgan I was in support of it, but my brother (Peter) wasn’t comfortable with it but Jude doesn’t want that kind of stories anymore so he went on his own. We don’t want to experience the kind of experience we had before because the problems we will start resolving might even start affecting us. Now, some of us are now like, ‘if to say we know we for allow this girl join us o in Square records’.

“It’s not only Cynthia Morgan, there is somebody I regretted, Phyno. That’s exactly what I was trying to explain to you earlier. I had the opportunity, he was in my front but because I wanted him on Square records and I couldn’t get it. He’s still my guy sha.”
“Dem plenty. I first had 9ice, i tried to convince my brothers. Everyone like him o, but then we were working on our Do Me album. The first artiste I would have signed to Rudeboy records was when I heard Woju on radio. I call him Woju (Kiss Daniel). I called everyone but we couldn’t get him.