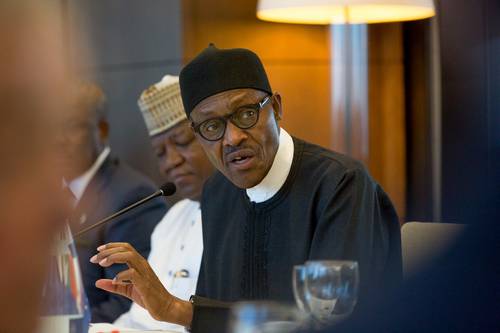 With the agitation by members of the All Progressives Congress (APC) on President Muhammadu Buhari to replace several heads of federal government agencies whom he inherited from his predecessor reaching fever pitch, there are indications that Buhari, who resisted the clamour to remove them on the grounds that their tenures, some of which are backed by law, had not expired, may have succumbed.

President Muhammadu has approved the immediate disengagement of the Chief Executives of 26 parastatals and agencies of the Federal Government.

THISDAY had reported that Buhari late last week approved the sack of no fewer than 35 chief executives and directors-general? of some agencies of government and with today’s announcment the sack begins in full.

Prior to the approval, Buhari, it was gathered, had resisted pressure for the ouster of some of the heads of parastatals he inherited from the Goodluck Jonathan administration, arguing that their tenures had not expired and in some cases is backed by law.

However, there has been mounting pressure from members of his party to remove the parastatal heads and replace them with APC loyalists as compensation for their loyalty to the ruling party and contributing to its victory in the 2015 general election.

A notable case was that of the APC candidate in the April 11, 2015 Rivers State governorship poll, Mr. Dakuku Peterside, and some APC chieftains from his state, who after the Supreme Court dismissed their election petition against Governor Nyesom Wike of Rivers State, met with the National Chairman of the party, Chief John Oyegun recently.

At the meeting, they pleaded with Oyegun to make a case for their compensation at the federal level owing to the sacrifices they had made and the fact that they had been branded “traitors” in Rivers State for siding with the APC.

In a statement issued by the Secretary to the Government of the Federation, Babachir David Lawal, issued on Monday in Abuja, said the President also directed that the most senior officers in the organisations should oversee the activities of the agencies “pending the appointment of substantive CEOs.”

The President, however, thanked them for their invaluable services to the nation and wishes them well in their future endeavours.