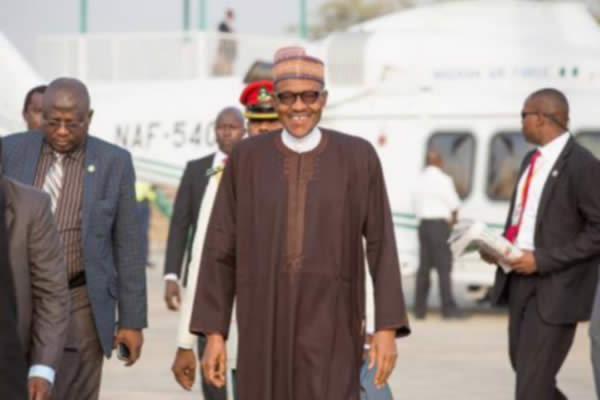 President Muhammadu Buhari on Wednesday evening returned to the country from the United Kingdom.

The President returned at the expiration of his six-day vacation which he started on Friday.

Vice President Yemi Osinbajo has been performing the roles of the President in acting capacity in his absence.

Buhari had earlier travelled to London to take part in a conference organised in aid of Syria.

He, however, stayed back, fuelling speculation that he decided to have a medical check-up.

Buhari was received at the Presidential Wing of the Nnamdi Azikwe International Airport, Abuja by top government officials.

He is expected to resume work on Thursday when he will be receiving the visiting German President, Joachim Gauck, at the Presidential Villa.