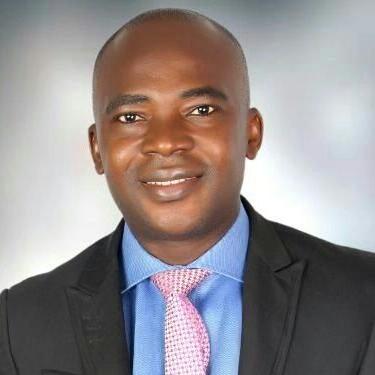 In his recent trip to London and at an interview with The Telegraph, President Muhammadu Buhari made a sweeping criminalisation of Nigerians when he declared thus: “Some Nigerians claim is that life is too difficult back home, but they have also made it difficult for Europeans and Americans to accept them because of the number of Nigerians in prisons all over the world accused of drug trafficking or human trafficking.” The problem here is that the president was trying very hard to encourage the US, the UK and maybe other similar countries not to accept Nigerians into their country. He would rather every Nigerian stayed back home.

The Telegraph summed it all up thus, “Nigeria’s president has warned his fellow citizens to stop trying to make asylum claims in Britain, saying that their reputation for criminality has made it hard for them to be “accepted” abroad”.

Since then, Nigerians have wondered why their president has continued to destroy their image even when facts on ground prove him wrong. Some have even said his statement was targeted at some sections of the country whose indigenes make a good number of Nigerians in the UK and the US so as to stop their progress in those countries. They wonder why the president does not make such demeaning statements whenever he visits any Arab country where indigenes of the same zone as the president frequently visit.

However, no matter the reasons and motivations behind the president’s statement, facts on ground prove him terribly wrong. According to The Daily Mail online of February 21, 2015, the statistics of foreigners jailed for theft in the UK over a period of six months in 2013/2014, for example, show that the first three countries with the highest numbers are Romania with 414, Lithuania with 134 and Poland with 115.

From the above statistics, it is very obvious that our citizens are some of the least criminally-minded in the UK and other places. While countries like Romania featured in four out of the five categories of crimes featured above, Poland and Ireland featured in three, Lithuania and Albania in 2 while Nigeria and Somalia featured only in one respectively. It is instructive to note that countries which are supposed to be far more advanced than Nigeria, and which Nigerians ordinarily look up to as countries with relative comfort, top the chart.

Even when we consider nations with the highest nationals in UK jails, taking the first 20, while the more advanced countries of Romania, Poland, Lithuania and Ireland have 760, 573, 386, 346 respectively in that order, Nigeria is 14th on the list as she has 167 of her nationals jailed in the same period. Even Portugal has 111 of her citizens jailed in the UK and is eighth on the list. The UK, where the president made that unfortunate statement, has a whopping total of 34,168 of her citizens jailed within the same period of time.

However, while that number, as high as it is, represents only 0.07% of Britain’s total population, it makes the country the second least in the proportion of citizens jailed to population in Britain. The worst country in the list of proportion of citizens jailed to their population in Britain is Vietnam with 1.36%, followed by Albania with 1.26%, and then Algeria with 0.81%. Nigeria occupies a distant 11th position with only 0.71% of her population in UK jailed within the same period.

From the foregoing, it is obvious that Buhari misfired and he misfired fatally. As a country with statistics, Britons and indeed the whole world would have been bemused by our president’s gleeful injurious declaration which cannot be supported by facts. In fact, the statistics show that contrary to widely believed notion, Nigerians are one of the most peaceful and law-abiding nationals in any foreign country. The media hype given to our “bad” image has been so exaggerated and repeated endlessly by enemies of our country who want to use that to scare away friends and investors. Unfortunately, President Buhari has not only fallen for that lie but he has also made himself an unsolicited available megaphone for the mega-demonising and criminalising of Nigerians for reasons best known to him.

Expectedly, Nigerians have reacted quickly and furiously in the social and conventional media, and “#NgeriansAreNotCriminals” has been trending on twitter for some time.

One can only just imagine how embarrassed the British Prime Minister, David Cameron, would have been when his Nigerian counterpart made that statement. Cameron would have asked if Buhari was actually referring to the same Nigeria whose nationals have been breaking barriers and shattering records in every area of human endeavour, not only in Britain, but also all over the world. Could Buhari have been talking about a great nation where the likes of Chuka Harrison, Helen Grant, Chi Onwurah and Kate Osamor are all members of the British Parliament? Chuka Harrison Umunna has been an MP since 2010 and is the current Shadow Business Secretary since 2011. Helen Grant belongs to the Conservatives in Britain. She is the first female black MP there, a lawyer and Britain’s Minister for Sport, Tourism and Equalities.

Chi Onwurah is Newcastle’s first black MP ever. She is also a Nigerian!

Lastly, Kate Osamor is a Labour Party member who represents Edmonton Constituency in London. Apart from being a politician and a member of the Labour Party’s National Executive Committee, Osamor has worked for the National Health Service (NHS) in England for 15 years; she is a trade union activist and a women’s charity trustee.

From the above, it is obvious that David Cameron, other UK officials and citizens, would be miffed at our president’s continued gaffe whenever he travels abroad. Even in the US, President Obama recently appointed a Nigerian, Adewale Adeyemo as his Deputy National Security Adviser for International Economic Affairs. No country would allow criminals such sensitive positions in their polity, be it in the UK or US. Our compatriots are doing us proud abroad. As it is, the US has about two million of her citizens in jails in America. Does this make Americans criminal?

Our president has continued to disparage Nigerians from abroad at every given opportunity. This has to stop forthwith. The Presidency is an office of service and not that of insults. With these developments, it is obvious that the president has lost touch with all those who worked hard to repackage him as a man of restraint and not the rash one that ruled as military Head of State. Having become president, President Buhari seems to have abandoned the men on whose back he rode to power, hence, his endless goofs, and to their own chagrin. It will serve Nigerians a whole lot of good if our president is made to understand that there is a limit to presidential gaffes, and that the earlier he retraces his steps and be the champion of his people and not their destroyer, the better for him, the citizens and the nation.

Mark Essien: How To Get A Job At Hotels.ng

‘Buhari, The Criminality Of It’ – Charles Novia Writes On The Presidents London Gaffes