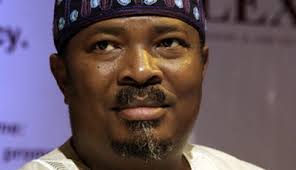 There were indications that the Publisher of ThisDay Newspaper, Mr. Nduka Obaigbena, has returned the sum of N350m to the Economic and Financial Crimes Commission.

A top operative of the commission, who confided in Punch Newspaper on Wednesday, said Obaigbena returned the money to the commission on Tuesday.

The operative said Obaigbena was expected to pay an outstanding N200m next week.

The Special Task Force of the EFCC, investigating the issue of arms procurement under the Goodluck Jonathan administration, had quizzed Obaigbena on January 29, 2016 for allegedly receiving N670m from the immediate past National Security Adviser, Col. Sambo Dasuki (retd.).

The commission released him after 24 hours after he had agreed to sign an undertaking to make a refund of the money in two weeks.

The 14-day period of grace, given to the ThisDay Publisher to repay the money he collected from Dasuki’s office expires on Tuesday next week.

“The Publisher of ThisDay Newspaper, Mr. Nduka Obaigbena, has returned N350m out of the N670m he received from the ONSA,” the source in the anti-graft agency told one of our correspondents on Wednesday.

Obaigbena had admitted receiving N670m from the ONSA in a response to the EFCC last month.

He explained that N120m of the money was given to the Newspaper Proprietors’ Association of Nigeria as compensation for losses incurred during the military clampdown on newspaper houses in 2015.

Several media houses, which received the compensation, have returned the money.

Calls to the mobile of the Head of Media and Publicity of the EFCC, Mr. Wilson Uwujaren, to get his confirmation of the fund repayment did not connect on Wednesday.

Meanwhile, a former Chief of Defence Staff, Air Chief Marshal Alex Badeh, on Wednesday, appeared before a team of interrogators at the Abuja Headquarters of the EFCC.

False Asset Declaration: Supreme Court Will Today Determine Whether Or Not To Stop Trial Of Saraki