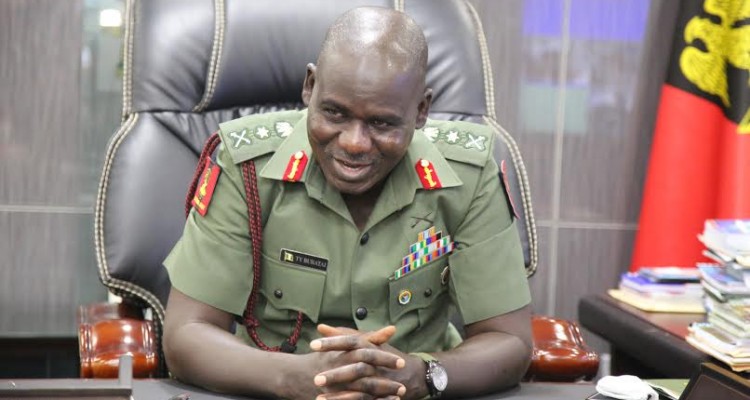 The the Nigerian Army has noted with dismay the attempt to rubbish the hard earned name and reputation of the Chief of Army Staff, Lieutenant General Tukur Yusuf Buratai and the Nigerian Army by a faceless group that called itself “Save the Nation Movement” (STNM) through orchestrated campaign of calumny in the media.

In a release signed by Steven Chilaka, its “National Secretary” on Sunday, they wanted the Chief of Army Staff to be included among those indicted in the ongoing probe of abuse of funds meant for the procurement of arms simply because he was the Director of Procurement at the Defence Headquarters (DHQ).

The public will recall our earlier warning of this type of campaign of calumny against the Nigerian Army and the Chief of Army Staff. This has again reared its ugly head again.

Unfortunately, the movement could not get their facts right as has always been the case with people with dubious intents. Contrary to their mischief, it should be noted that General Buratai was Director of Procurement at Defence Headquarters from March 2014 to May 2015, not from 2012 to 2015 as they wished to mislead the public.

Furthermore, there is the need to educate the ignorant group that, Defence Procurement in Nigeria is decentralised; each Service is responsible for its procurement. It is advisable for the group to look elsewhere if they want to attack the Chief of Army Staff.

For the avoidance of doubt, the Chief of Army Staff has never been involved in any questionable act throughout his career as military officer let alone when he was at the DHQ.

As a matter of fact, the Chief of Army Staff has always been a reference point in exemplary conduct, probity and integrity. It is on record that he voluntarily declared his assets both as Commander MNJTF and as Chief of Army Staff. In addition, he has directed all Nigerian Army officers to do so.

One wonders what is the faceless group’s motive and why they are in a hurry to rubbish the good name of the Chief Army Staff and the Nigerian Army, when there is a Presidential Panel already working selflessly. Why is the group trying to jump the gun. Let these mischievous elements which Steven Chilaka represents, allow the Panel to discharge its duties dispassionately as it is doing.

It is advisable also that the faceless group should get their facts right and not just merely speculate or disturb us with their wishful thinking. They should further understand that whatever mischievous intentions they have against the Chief of Army Staff and indeed, the Nigerian Army, both would not be deterred, we shall remain focused and never to be distracted.

Consequently, the public is please requested to disregard the so called Movement’s evil machinations which would surely fall back on them.

Nigerian Police Moves To Restore Civil Authority In The Northeast