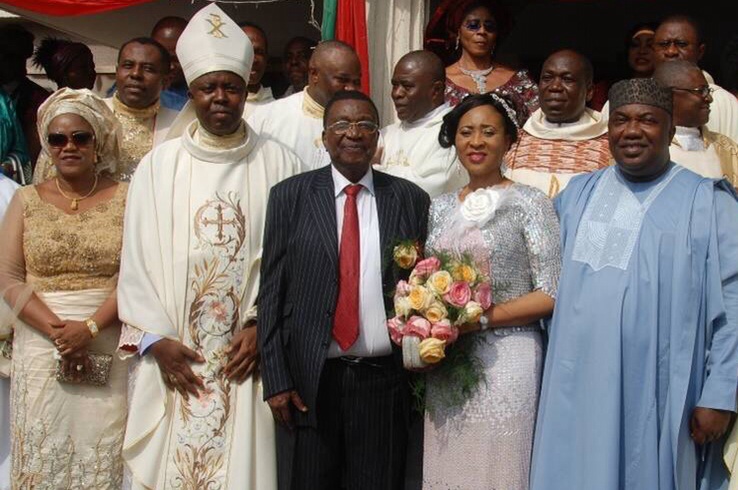 And Saturday he completed another defection by dumping the Anglican Communion for the Catholic Church.

He re-wedded his many years heartthrob, Patricia in the Catholic Church. He had wedded her in the Anglican Communion in the early 80s when the late Abubakar Rimi performed the duties of best man, The Nation reports.

Nwobodo, hitherto, was a staunch Anglican. He single handedly built the multi-million naira St. Mathew’s Anglican Church in his hometown, Amechi, Awkunanaw in the 70s.

He fell out with the leadership of the Anglican Communion when his son, Ifeanyi died?. The burial site of his son generated a big controversy.

This pitched the former governor who insisted that the his son would not be buried with his expanse compound but be buried in a land close to the compound.