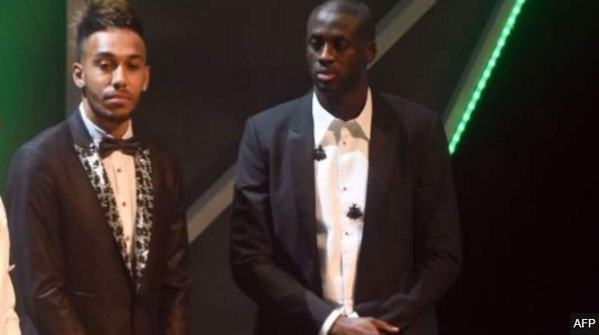 Ivory Coast’s Yaya Toure has said it was “sad and indecent” that he failed to win the African footballer of the year award.

Toure was narrowly beaten to the 2015 crown by Gabon’s Pierre-Emerick Aubameyang during a ceremony last night in Nigeria.

“I give an example: it’s Lionel Messi who wins all the trophies but it’s Ronaldo who is Ballon d’Or. What would you say? It’s unjust,” he told Radio France Internationale.

“Even Fifa, which is engulfed in a corruption scandal would not do that,” Toure added.

However, the Manchester City midfielder, who has won the last four African player of the year awards, congratulated Aubameyang for his victory.