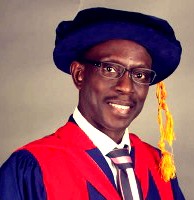 Prof. Fagbohun’s appointment was confirmed by the Lagos State governor, Akinwunmi Ambode, in a statement by the State’s Commissioner for Information and Strategy, Mr. Steve Ayorinde.

Until his appointment Fagbohun, a Professor of Environmental Law; was the Director of Research at the Nigerian Institute of Advanced Legal Studies, University of Lagos.

The statement also revealed that Fagbohun, who was born on October 16, 1966; is a native of Akesan in the Alimosho Local Government area of Lagos State.

In January 1991, he joined LASU’s Faculty of Law as an Assistant Lecturer and continued to rise through the ranks, becoming an associate professor in 2004.

Fagbohun is a member of several academic and professional bodies, and a fellow of a number of national and international institutions.

What Next For 68 Undergraduates Expelled By Kogi State University