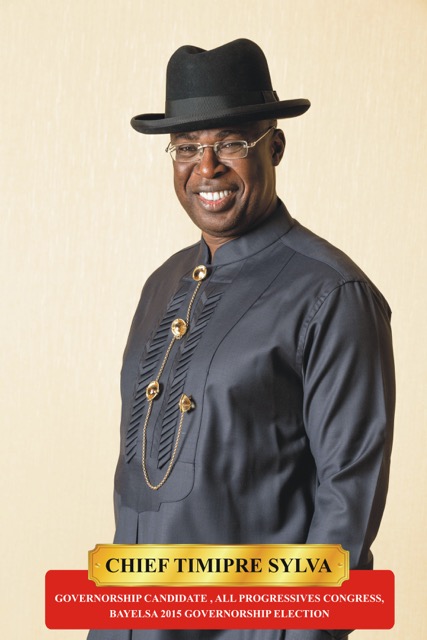 Governorship candidate of the All Progressive Congress (APC) Timipre Sylva has gained considerable momentum in the forthcoming Bayelsa gubernatorial polls, as six political parties have stepped down for the former Governor.

Speaking in Yenagoa the state capital, Chairman of the Labour Party, Hope Democratic Party (HDP), Alliance for Democracy (AD), Unity Party of Nigeria (UPN), Advanced Congress of Democrats (ACD) and the United Democratic Party (UDP) all threw their weights behind the candidacy of Mr Sylva.

According to them, their decision is borne out of their love for the state and the need to have a leader that understands the yearnings of the people of Bayelsa.

They urged Bayelsans to vote for Mr Sylva to actualize the dream of a prosperous Bayelsa State.