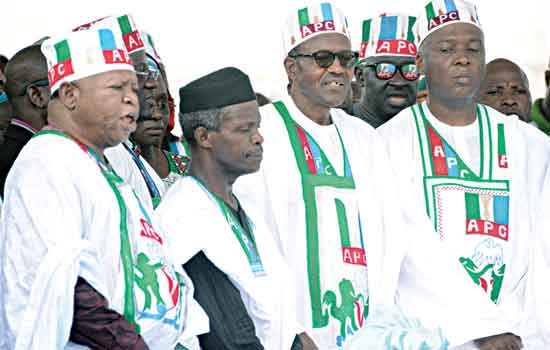 The Independent National Electoral Commission, INEC is to conduct supplementary elections on December 5 in the 59 polling units where the governorship election was cancelled in Kogi State last Saturday.

Besides, the All Progressives Congress, APC which was coasting home to victory before the election was declared inconclusive is to present a candidate to replace Prince Abubakar Audu, the party’s candidate who died in the midst of the election.

The choice on who becomes the candidate it was gathered would be left in the hands of the APC.

The INEC, returning officer for the election, Prof. Emmanuel Kucha of Federal University of Agriculture, Makurdi, had announced Audu as having polled 240,827 votes to top the election with Wada scoring 199, 514 votes.

He, however, declared the election inconclusive on the fact that no party could be declared the winner since the number of cancelled votes was more than the difference between the APC and the PDP.

Though the election was peaceful across the three senatorial districts, the election was cancelled in 59 polling units across 18 Local Government areas of the state due to non-usage of the card reader, over voting, ballot snatching, violence and other irregularities.

Kucha said, “Since the number of cancelled votes was 49,953 while the difference between the votes scored by the APC and PDP candidates stood at 41,353, the election could not yet be declared as conclusive.