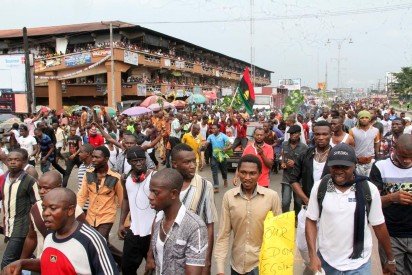 The Urhobo nation yesterday denounced its membership in the proposed map of Biafra by the Indigenous People of Biafra, IPOB.

Making the position known yesterday in a statement, National Publicity Secretary of the Urhobo Progress Union, UPU, Alhaji Mumakai-Unagha, warned that Urhobo and its territories should be counted out from any IPOB plan.

“IPOB have their rights of agitation for freedom of self determination as enshrined in the united nation declaration stressing that other ethnic groups should not be dragged along to avoid the mistake that led to the civil war.

“The magnanimity of Urhobos in allowing Igbos celebrate the Igbo Cultural Day should not be taken for granted as we urge IPOB to delist Urhobo from its proposed map.”