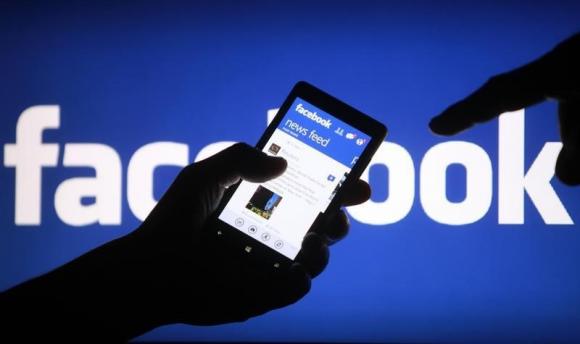 Social media is an integral part of governance and leaders worldwide have accepted the need to maintain a social presence in one or more of the media platform to engage the electorate and further increase the conversations about governance.

Few weeks ago, Head of Public Policy for Facebook in Africa reached out to Senate President, Senator ABubakar Bukola Saraki A New Media Savvy individual to offer to help train Nigerian Senators and their aides on the effective use of the platform to build the communication gap between Nigerians and their legislators.

lt is interesting to note that since the inauguration of the 8th Assembly, Nigerian Senate has actively maintained social media platforms majorly, Facebook and Twitter. (www.facebook.com/Nigeriansenate) and (@NGRSENATE) on twitter in order to bring le?islature closer to Nigerians.
As a step in joining the global community in using the Social media platforms the right way, Head of Public Policy for facebook in Africa will be coming to Nigeria with some of her collagues to Train Nigerians Senators and their aides on EFFECTIVE use of the platform to engage Nigerians on formation of POLICIES and to get undiluted feedback from their constituents.

Recall that over the past few years, Senator Saraki as a Senator was able to get direct unfiltered feedback from his constituents and Nigerians at large on issues that directly affect their lives. I remember vividly a few instances such as the Save Bagega Campaign, which was the issue of lead poisoning in Zamfara and also #SaveAlice in Lagos who was attacked by her foreign employers, just to name a few occasions where people on social media have been able to get in touch directly with him as a Senator to get him to champion issues.
Unfortunately, Some elements have used the platform to defraud Nigerians by creating fake accounts that looks just like that of Senators and other public office holders to defraud unsuspecting Nigerians. This training will allow for verification by Facebook and also how training on effective use of this platform can help in delivering more people oriented bills to Nigerians and urgent interventions where necessary.

One of the impact I’m optimisic this innovation will have on the 8th Senate is that more Senators will be able to get direct feedback on what Bills and Motions their constituents want to see. As you know what we need in Ife East Local Government in Osun will be different from what you need IN Wammako local government in Sokoto.

For instance, last week Senate President released a message on Facebook on need for Nigerians to send recommendations of Bills and Motions they will like to see Senators introduced. We received thousands of emails which we are going through now to see which of the Bills we can develop. if we can have more Senators make proper use of this platform, I believe it will help to build the information gap and take the legislature back to the people.

The Senate President being a technology savvy individual himself does plan to run a more technology inclined chamber. We hope to introduce E-parliament platform where Nigerians can track what will be discussed in the Senate, contributions of each Senator, A Bill Tracker to know where each bills currently stand and details of Bills and more engagement from the citizens which will help with their oversight functions.
The impact it will have on Plenary Sessions, as you are aware not all 109 Senators will always be able to put forward their position on every issue on the floor, As was the practise during the 7th Assembly where Senator Saraki will go on Facebook and other social media platforms to table his positions on issues, we hope more Senators will be able to do this so their constituents will know where they stand on issues.

This training is absolutely free as part of Facebook’s Corporate Social Responsibility – CSR of the sponsors. Facebook will already be in Nigeria for a separate business and offered to do the training for free, I believe that extending such gesture to the Naional Assembly is a laudable CSR and they should be commended for this. Nigerians make up a large percentage of Facebook users in the continent and only proper for it to be used to change our country.

The Training has been scheduled for Monday 16th November 2016 at the National Assembly Complex from 12 noon to 5pm.

Bamikole Omishore is the Special Assistant on New Media to the President of 8th Senate.

Adewunmi Emoruwa: The Parable Of ‘Oversabi’, Only Simple Things Can Destroy Nigeria