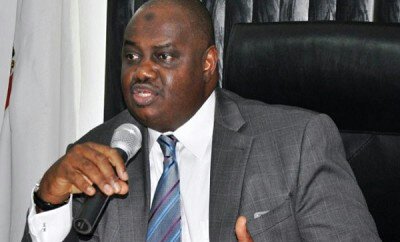 Chairman of the anti-corruption agency, the Economic and Financial Crimes Commission, EFCC, Ibrahim Lamorde, has been replaced by Ibrahim Magu, a top level official of the Economic and Governance Unit of the EFCC.

No reason was given for the removal of Ibrahim Lamorde, the chairman of the Economic and Financial Crimes Commission (EFCC).
In August, Mr Lamorde denied allegations that $5bn (£3.3bn) had gone missing at the commission.

Lamorde, has been the EFCC chair since 2011.

Magu is remembered as a no-nonsense investigator of the commission at its inception.

He was removed along with several other key officials by Farida Waziri when she became chairman in 2008.