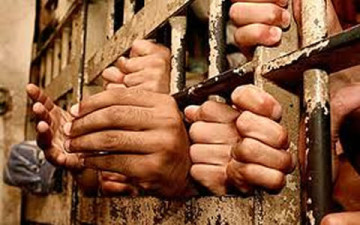 A Federal High Court in Lagos on Monday ordered that a 29-year-old blogger, Desmond Ike-Chima, be remanded at the Ikoyi Prisons over alleged malicious publication.

Ike-Chima, arraigned on a two-count charge bordering on the alleged offence, pleaded not guilty.

Justice Mohammed Yunusa, however, ordered his remand in prison custody and adjourned the case till Nov. 6 for hearing of his bail application.

The accused was alleged to have written a malicious publication against the Managing Director of the United Bank for Africa (UBA), Mr. Philips Oduoza.

The prosecutor, Mr. Henry Obiazi, told the court that the accused and others, now at large, committed the offence sometime in March at Ojodu, Lagos.

He alleged that the publication was aimed at causing “annoyance, danger, obstruction, insult, injury, criminal intimidation, enmity, hatred, ill will and needless anxiety” to the victim.

The offence is said to have contravened the provisions of Section 24 (1) (b) of the Cybercrime Prohibition Prevention Act, Laws of the Federation, 2015.