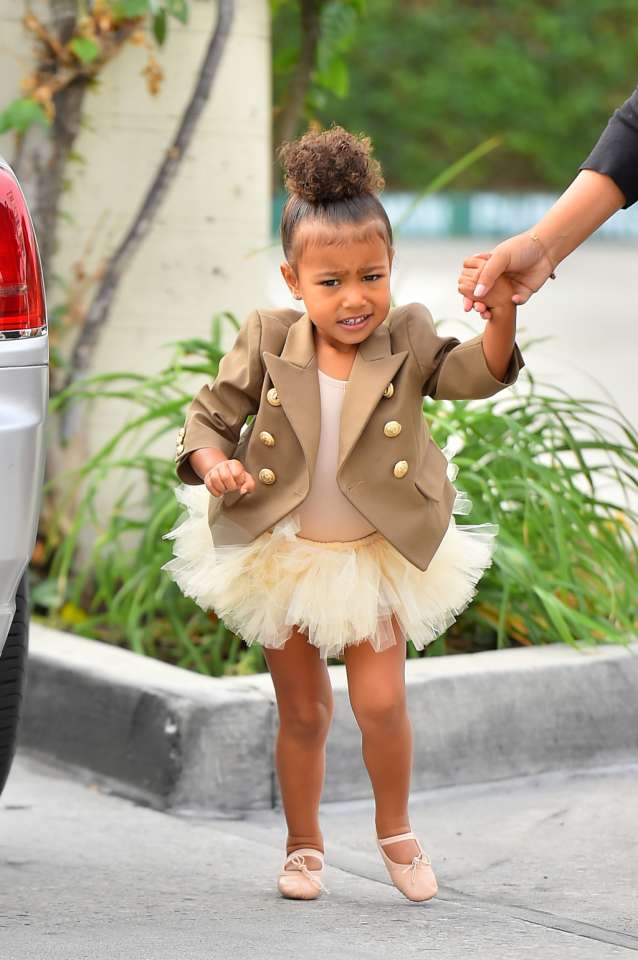 At age two, child star, North West has already had enough with the constant media attention she gets when running her toddler errands.

She was being harassed by the paparazzi last week as she made her way to ballet class. North West proved she’s the real daughter of Kanye West when she flared up at the paparazzi in Los Angeles for invading her privacy.

“I said no pictures,” Nori screamed at the pressmen while struggling to hurry for her dance class in the hands of her nanny. She’s clearly taken after her Father, Kanye West who is well known to talking the paps.