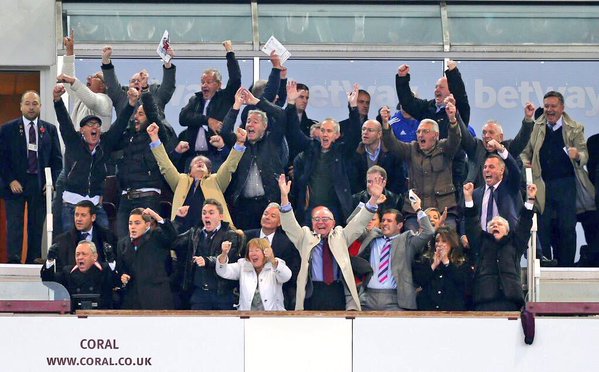 Jose Mourinho was sent to the stands as Chelsea’s dreadful season hit a new low in a 2-1 defeat at West Ham.

Andy Carroll’s second-half header condemned the Blues to a fifth defeat in 10 matches as the ailing champions imploded at Upton Park.

Mourinho, who already has a suspended stadium ban hanging over him for previous indiscretions this season, is now likely to find himself in hot water with the FA once more.

Pictured behind is the image of Mourinho as he looks glum after Carroll’s goal in the 79th minute as the West Ham board and directors celebrate in front of him.