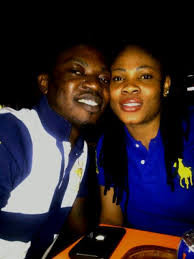 Kikelomo Akinkumi, the estranged wife of K-Solo finally reacts to reports of alleged affair with her Pastor, Apostle Anselm Madubuko of the Revival Assembly. Anselm during the week denied the alleged reports but Kike maintains she was actually suspended..

Read her statement which was released to a blog, Gossipboyz below….

“I have made up my mind never to attend that church again, because the church of God does not belong to any man but God. I believe no Man of God has the right to tell members of the church not to come to church again. I have spoken to Pastor Anselm and in his word, he would sue anyone carrying false story about him confessing to adultery, they must apologize to all parties mentioned…It didn’t happen! Thank you.”