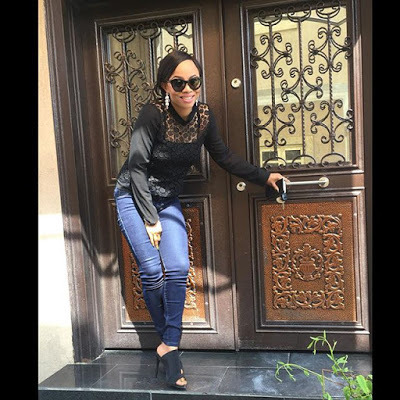 On Air Radio Personality, Toke Makinwa seems to have left her husband’s home to her own personal home and she fuelled speculations after posting new photos with the caption as seen below on her Instagram page along with the pictured image.

‘New picture spot!!!!! Loveeeeit. So much to be thankful for”

The OAP who before now had called out blogger Linda Ikeji, saying she’s no role model to young girls is getting the bashing of the day as she followed the earlier post written with what’s seen below..

God just made my heart smile ?? just when I think
it’s done, Lord you do it all again. Thank you Baba
God. Thank You!!!!!” 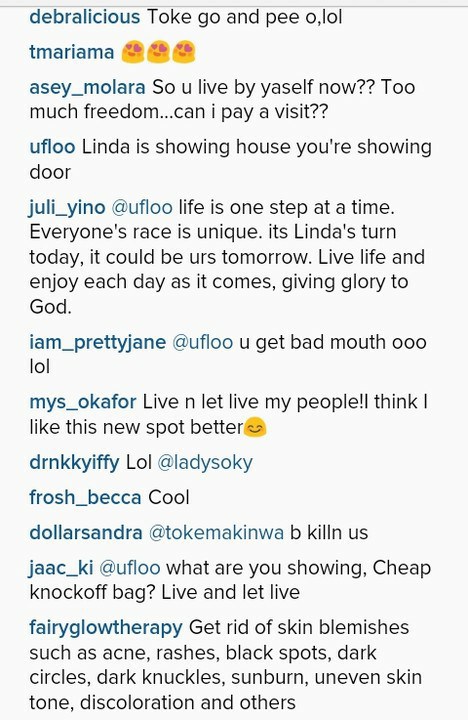 Loooooooool RT @SlimDandyMUFC: Toke Makinwa should focus more on her marriage…maybe she wont be seen as the side chic.

Linda Ikeji is not married yet happy... Toke Makinwa is married and unhappy... But Linda is her problem pic.twitter.com/5LTcDcieHm

Toke Makinwa must be on some cheap weed talking about Linda Ikeji not being a role model. Glasshouses and stones.

Some people carry this Toke Makinwa issue on top head like gele. Yes, she said Linda isn't a role model and that was YEARS ago..