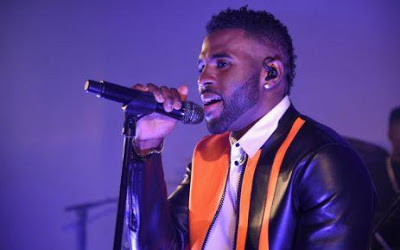 American singer, Jason Derulo comes under fire from from South Africans after he made a remark at the South African Of The Year (SATY) Awards on the night of Saturday, October 17, 2015.

The 26-year-old who was the main act at the awards ceremony angered South Africans after he asked guests if they could speak English.

"Speaking English" remark I made, was directed to a specific table. It wasn't literal, just a figure of speech when someone isn't responding

Americans are disrespectful! How can Jason Derulo go to SA and ask em if they speak english? What he thought they speak there? Vuvuzela? ????????

So Jason Derulo asked South Africans if they speak English ????????

Wait people had to pay to watch Jason Derulo? As in pay actual money? More than R1??? pic.twitter.com/vZqZw1G8Qi