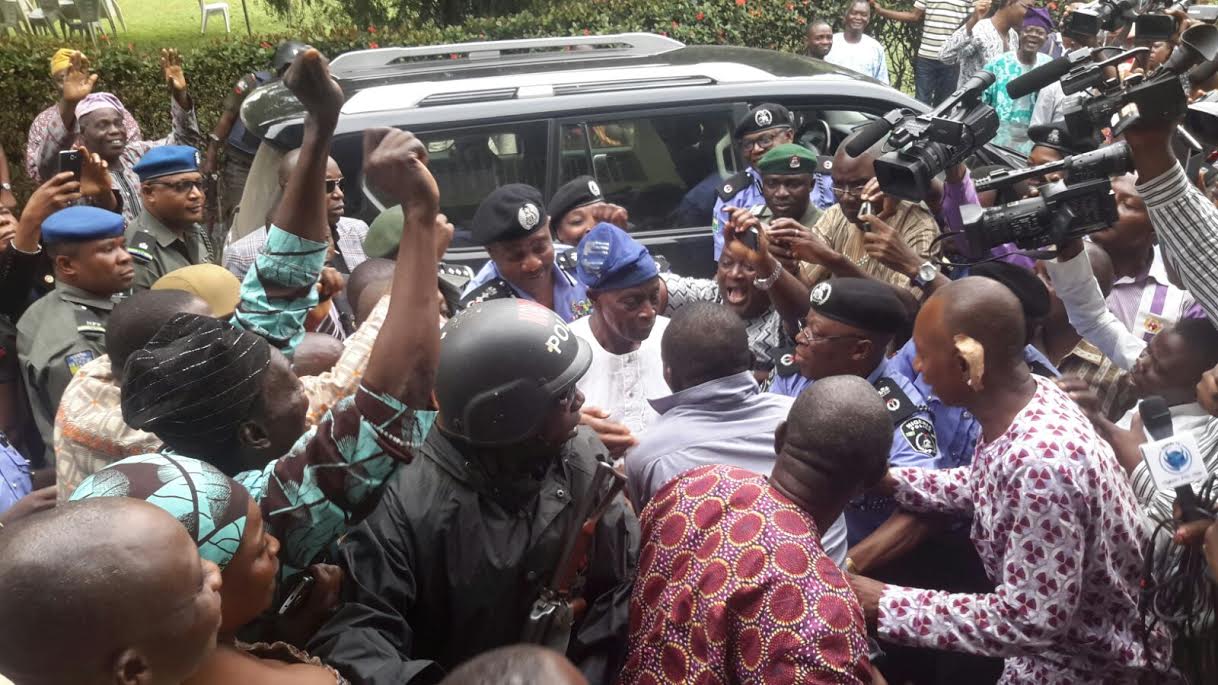 Five of the suspected abductors of the former Secretary to the Government of the Federation (SGF), Chief Olu Falae, have been arrested.

Falae was kidnapped on his farm, three weeks ago, at Ilado Village in Akure North Local Government Area of Ondo State, by suspected Fulani herdsmen.

The elder statesman was released four days later. Family sources confirmed that three of the hoodlums were arrested in Niger State last Sunday; two others were picked up at the weekend.

It was gathered that the suspects are in the custody of the Special Anti-Robbery Squad (SARS) of the State Police Command, Akure, the state capital.

Policemen are still on the trail of the other fleeing suspects.

A source said: “Five of them were arrested, three in Niger State on Sunday. Two others were arrested somewhere I cannot say for now but the suspects are in SARS custody.

“The police are still searching for the other seven suspects and I am sure they too will be arrested very soon.”

Police spokesman Femi Joseph said the kidnap of the former Minister of Finance was being handled by the Inspector General of Police, Solomon Arase.

He said: “I don’t know anything about the issue again; it is the IG who has taken over the issue because it is a national issue.

“He is likely to brief the press about the development today.”