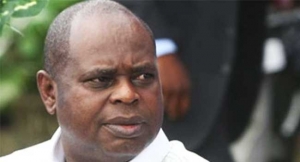 More reactions by pan-Ijaw groups yesterday trailed the sudden death of former governor of Bayelsa State, Dieprieye Alamayiesiegha, with a common stand that the All Progressives Congress (APC) should be held responsible for the incident.

In their separate statements made available to the media, the groups said the recent extradition notice purportedly issued by Britain on the former governor aggravated his health condition and his eventual death.

The Ijaw Heritage and Cultural Club based in the United States in its statement said it was shocked beyond words by the news of the sudden death of DSP Alamasieyiegha and regretted the circumstances surrounding it.

It noted in the statement signed by one Prof. Julius Eteli that Alamayiesiegha’s death was curious given the fact that he regularly received medical treatment abroad, adding that the former Governor-General of the Ijaw nation had actually returned from such medical trips in Dubai believed to have been facilitated by the Bayelsa State Government.

“From available reports, the Bayelsa State Government has always been of assistance to him, taking care of his medical bills and upkeep. The question is: how can a man who had just returned from Dubai having been attended to by experts die so suddenly? Clearly, it must have been the report of his extradition to the U.K that must have triggered his health condition for the worse and the sudden death”, the group stated.

It, therefore, said the APC government should be held responsible for the death of Alamayiesiegha, noting its alleged role by instigating the
British authorities to issue an extradition notice. The group also claimed that the alleged extradition notice, from all indications, was targeted at witch-hunting the late former governor, asking “why wait all these years until now to issue such a notice?”

Another pan-Ijaw group based in Ireland, Izon Diaspora Association, in its statement also condemned the demise of Alamayiesiegha which it said was caused by the APC government for political reasons.

The group said the sad development was a calculated move by the ruling APC government to silence the Ijaw movement, knowing full well that Alamayiesiegha represented the soul and moving spirit of the Ijaw movement.

“Now that he has been taken out, we Ijaws must fight against this injustice. Now is the time to unite, come together and fight against this
calculated and very deadly plot by the APC government to deplete our ranks”, Convener and leader of the group, Comrade George Magbisa stated.

He was full of praises for the Bayelsa State government for standing by the late Ijaw leader all through, noting that only a committed Ijaw
governor like Seriake Dickson, himself a leading figure in the Ijaw struggle, could have been so supportive as he did to the former governor.

The group extended its condolences to “the contriman governor, the government and good people of Bayelsa State over the death of the
respected governor-general of the Ijaw nation.”

No Group Of Persons Can Deny Me My Ministerial Nomination, Says Lai Mohammed