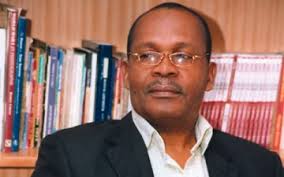 One of the biggest problems facing Nigeria today is impunity. It has led to corruption, arrogance, brigandage, deep political crisis and outright murder. This pandemic disease has led to near collapse of our economy, collapse of values, collapse of institutions and collapse of governance. This high table mentality in Nigeria has led gullible people to take laws into their hands and damn the consequences to the detriment of 160 million Nigerians.

This is the reason why Senator Saraki ignored his Party (APC) directives and connived with a useless party (PDP) we just defeated to steal the Senate Presidency. He did not stop there, the criminal arrangement led to the emergence of Senator Ekweremmadu of PDP as the Deputy Senate President. The moment this brigandage took place we saw wild jubilation in the camp of PDP. Ekweremmadu went to Enugu State and told his people that PDP is back. A lady who is a PDP member mockingly said to me: “yes APC won the election but we have taken over the National Assembly” it was then that it became clear to me the extent of damage Senator Saraki inflicted on the leadership of APC.

What Senator Saraki did is unheard of in the history of Party politics. Saraki made the world to believe that APC leaders are unprepared for the task of governing this country. Saraki’s inordinate ambition at once put a question mark on the capacity of leaders of APC to drive leadership in Nigeria. Saraki tried to prove to the whole world that he is smarter than all the leaders of APC put together. Saraki ignored 51APC Senators who were in a meeting and went to do business with 49 PDP Senators, a party APC just defeated after sixteen years bloody struggle. Senator Saraki bribed his way to the clerk of the Senate and cajoled him to proclaim a Senate that is incomplete. Saraki and Ekweremmadu criminally changed the Senate rules in order to carry out the open robbery we saw in the hallowed Chamber of the Senate of Federal Republic of Nigeria.

Because of the inordinate ambition of one man and lust to be the Senate President by all means Saraki ignored the President, the Vice President, APC governors, Senators, House of Reps members etc to sacrifice the unity of his party. Senator Saraki compounded the problems of APC, and mounted a major road block for its smooth take off considering that it is just coming to power after sixteen years in opposition. This man put spanners in the works and initiated a serious internal crisis within the ruling party that nearly made Nigerians who massively voted for APC to begin to lose hope. Saraki and his gang of forty thieves devastated the master plan of our great party to choose the right people to serve as the Principal Officers in the National Assembly. Since July 9 2015 when this shenanigan took place in the Senate and the huge dust it raised, Senator Saraki has remained adamant to disobey the Party’s directives and step aside rather he has continued to run from pillar to post to sustain a stolen seat. The lust for power, rapacious greed, avaricious tendency, and slave to public office have pushed Bukola Saraki to continue to work with PDP in order to weaken APC.

But will Bukola Saraki succeed? Impossible. APC does not want Bukola Saraki as the Senate President and neither does APC want Ekweremmadu as the Deputy Senate President. Saraki has caused enough implosions within the party. He has brought public opprobrium to the party, he has slowed down the Party’s machinery from taking off smoothly, he has portrayed us as a weak party. Now is the time for him to go. Saraki has no choice than to go otherwise he will have himself to blame. Again if Bukola Saraki feels his hands are tightly glued to the exalted seat of the Senate Presidency and therefore cannot be removed, APC may be compelled to tear or cut his hands off, so that the National Assembly can move forward. No man is an island, and none can claim that he is the final word in APC .

I shed no tears for Senator Saraki.

Opinion: The Tyranny Of Saraki Family And The Kwarans’ Struggle For Liberation

Opinion: 5 Times They Have Lied About Senate President Bukola Saraki