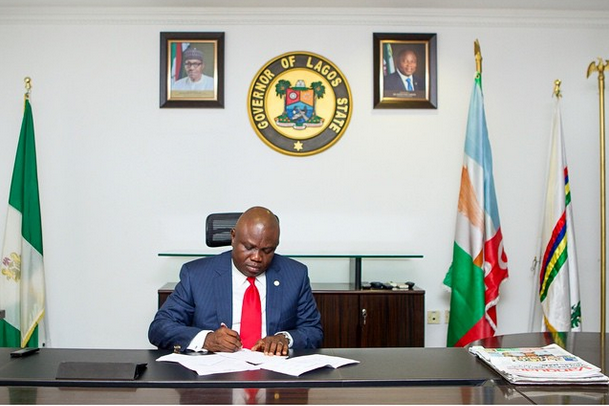 Governor Akinwunmi Ambode of Lagos State is planning to buy a new helicopter for the state.

Lagos State currently has two Bell 412 helicopters, with each costing $6.7m (N1.319bn), according to aircraftcompare.com estimates.

The purchase of the new helicopter and other security gadget was pegged at N5.3bn in the budget re-ordering letter sent to the House of Assembly for approval.

The Assembly on Tuesday had set up a committee to review the request and report back to the House in a week’s time.

In the letter sighted on Wednesday, the governor had asked the Assembly to approve N23.975bn re-ordering of the 2015 budget in order to meet up expenditure on capital projects.

Ambode said approving the re-ordering of the budget would enable the government to construct a pedestrian bridge at Ojodu Berger, start the construction of fly-over bridges at Ajah Roundabout and Pen Cinema, Agege, among others.

Other re-ordering by the governor include the increment of the N55.75bn for the Ministry of Works and Infrastructure to N59.23bn.

The governor also earmarked N1.077 bn for the Ministry of Works and Infrastructure for the completion of ongoing projects of the defunct Ministry of Rural Development.