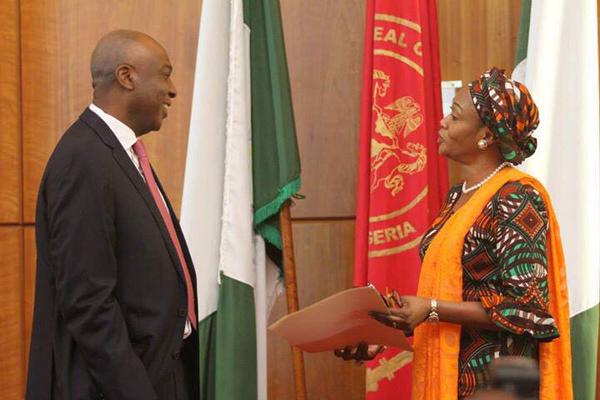 Wife of the national leader of All Progressives Congress (APC), Senator Oluremi Tinubu, representing Lagos Central senatorial district at the Senate, has said that she is yet to be assigned a committee, in spite of the fact that some standing and ad hoc committees had been constituted by the leadership under Senator Bukola Saraki.

Senator Tinubu disclosed this on Wednesday, at the 15th edition/first in the eighth Senate of Lagos Central Senatorial District town hall meeting, with the theme: “New Chapter, Hope Renewed,” organised by her.

According to her, three standing committees and six ad hoc committees had, so far, been set up by the Senate leadership.

Tinubu said she was unable to brief her constituents on her activities in the eighth session of the Senate because she had not been assigned any committee yet, but promised to give more concrete information at another town hall meeting.

Earlier, Senator Tinubu had endorsed Governor Akinwumi Ambode for a second term in office, ahead 2019 election, declaring that the incumbent would do a second term.