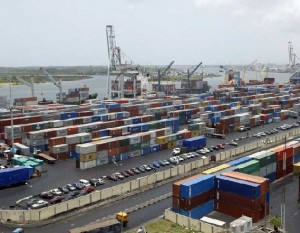 Nigerian President Muhammadu Buhari has made sweeping changes in the oil sector and armed forces during his first 100 days in office but done little to convince experts that he has a clear strategy for Africa’s biggest economy.

Buhari, a former military ruler, made Nigerian history in March by becoming the first candidate to defeat an incumbent president at the polls, after promising to crack down on corruption and crush a bloody insurgency by the Islamist militant group Boko Haram.

Reuters News Agency is reporting that revellers in the capital Abuja celebrated his inauguration in May by chanting “Sai Baba”, which means “All hail, father” in the Hausa language of northern Nigeria.

As Buhari marks 100 days in office on Saturday, his critics are now using the less flattering sobriquet “Baba Go Slow”.

Chief amongst their complaints is the 72-year-old’s decision not to appoint a cabinet until later this month, putting the economic policy of the country of 170 million people in limbo, and leaving the likes of the central bank to fill the vacuum.

Buhari’s supporters say he has needed time to analyze the inner workings of ministries that have been run exclusively by the People’s Democratic Party (PDP) since the return to civilian rule in 1999.

According to the Agency report, they point to his restructuring of the state oil company NNPC, whose board Buhari sacked in June, when he appointed an ExxonMobil executive as managing director. Crude oil sales account for around 70 percent of Nigeria’s state revenues, and NNPC has been accused of failing to account for tens of billions of dollars in the last few years.

But a Western diplomat said the last few months, in which Buhari has governed alone with briefings by civil servants, had caused a “bottleneck” because he had failed to delegate authority.

“The absence of a cabinet, a team … has made it hard for him to set out a specific program,” added the diplomat, who did not want to be named.

Buhari says he found the treasury “virtually empty”, forcing him to deal with inherited problems as his first priority. “When the ministers are appointed, some will constitute an economic team and then formulate a policy,” Buhari’s spokesman, Femi Adesina, said on Thursday.

Meanwhile Nigeria’s annual GDP growth in the second quarter was less than half that of a year earlier as low oil prices, combined with months of uncertainty around the March general elections, took their toll.

The naira has lost around 15 percent in the last year, with devaluations in November and February. Some people fear another may be coming, even though central bank governor Godwin Emefiele has said the currency is “appropriately priced”.

In June, the Central Bank of Nigeria (CBN), trying to save reserves, announced that importers would no longer be able to secure hard currency on the interbank market to buy items ranging from rice, toothpicks and soap to cement and private jets.

But the resulting shortage of dollars has weakened the naira further.

“The fact that the CBN has been allowed to take steps that look more like fiscal policy decisions is a source of major concern,” said Muda Yusuf, director general of the Lagos chamber of commerce.

“The president doesn’t seem to appreciate the enormity of the disruption that the CBN policy on foreign exchange is causing in the economy,” he said, adding that international trade had been hit and some firms had lost their credit lines.

Others say the lack of direction has also weighed on foreign investment, already depressed by a slowdown in China’s economy and the prospect of a looming U.S. interest rate rise.

“What you have is an environment in which there is very little by way of investment happening,” said Fola Fagbule, a Lagos-based infrastructure investor focused on Africa.

Although he has prioritized the oil sector, Buhari, who is expected to keep the petroleum portfolio for himself when he names his cabinet, has so far shied away from scrapping an expensive and fraud-ridden fuel subsidy scheme.

And some moves, such as banning around 100 foreign oil tankers from Nigerian waters, have been imposed with little or no explanation.

There is, however, praise for Buhari’s high-profile campaign against corruption, a recurring problem in Nigerian public life which he estimates has led to $150 billion being stolen from state coffers in the past decade.

Razia Khan, head of Africa research for Standard Chartered bank, said a directive for ministries to start paying revenue earned directly into a single Treasury account was “a huge step forward” for transparency and one of the successes of Buhari’s first 100 days.

The president has taken a hands-on approach to security challenges by replacing defense chiefs and the national security adviser.

And he has repaired relations with neighboring countries to set up an 8,700-strong regional task force to fight Boko Haram, which has killed thousands of people in the northeast since 2009 and driven 1.5 million others from their homes.

But the jihadists, who scattered after a military counter-offensive in the last weeks of president Goodluck Jonathan’s administration, have nevertheless killed around 800 people in bombings and shootings since Buhari came to power.