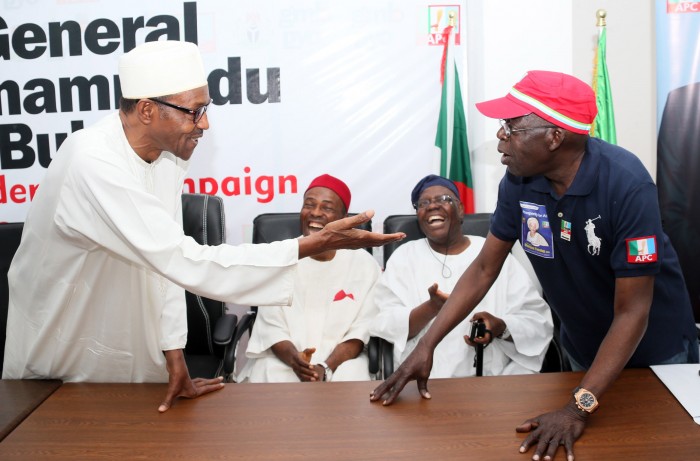 President Muhammadu Buhari’s latest appointments, which have been widely characterised as extremely lopsided, the national chairman of his party, the All Progressives Congress, Chief John Odigie-Oyengun, has said APC would henceforth participate more actively in subsequent appointments by the president and apply the principle of party supremacy.

The APC national chairman, who spoke in an interview with THISDAY yesterday in Abuja, however, said though the party was “marginally involved” in the president’s recent appointments, it was his prerogative to appoint his personal staff.

This was as the Senior Special Assistant to the President on Media and Publicity, Garba Shehu, said yesterday that Buhari would not relegate any section of the country in his appointments. He said the appointments made so far represented only a small fraction of the positions to be filled and explained that those appointed were mostly people who had been working with the president, whose posts were just being formalised.

Buhari drew the ire of many across the country on Thursday when he released a list of six new key appointees, which was widely criticised as the accentuation of an uneven geopolitical distribution of appointments since his inauguration on May 29.