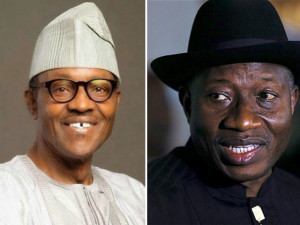 Rattled by the directive handed down by President Muhammadu Buhari that they should return all government property in their possession, government officials who served under former President Goodluck Jonathan have started returning some of the assets they took away as they left office.

LEADERSHIP  Newspaper reports revealed that by yesterday some former top government officials were secretly returning government property, including vehicles, generator sets and furniture to the ministries, agencies and even some departments in Aso Rock where they were taken from.

Those whose families are still occupying government buildings are said to have started asking them to quickly vacate the place on the pretext that they were staying there without their knowledge, after they had left for their respective states or travelled abroad.

A top presidency official told LEADERSHIP correspondent that, since yesterday, some of the past government officials, including former President Goodluck Jonathan’s men, had been calling to explain themselves, insisting that some of the property were taken either by their family members or close aides without their consent.

The presidency official, who preferred not to be named in print since his was not the spokesperson of the presidency, noted, however, that despite the last-minute effort being made by this former officials to save their head from the ongoing probe directed by the president, they would still be made to explain their actions which amount to nothing but sharp practices.

He said, “Throughout today (yesterday), we have been receiving calls from some of the former aides and officials of government who claim that whatever was still in their possession were taken and were being kept either by their families members or personal assistants.

“Some even claim that they were aware that their family members were still living in government buildings while they were away in their hometowns, or abroad where they are on vacation. But their explanations amount to nothing but medicine after death. Whether they return the property or not, they must face the law because what the president is angry about is the action itself.”

Asked whether the committee set up to go after the culprits had identified them, he said, “We have the names of most of them on ground already. What the committee is doing at the moment is to ascertain whether due process was followed before they took the property as their personal possessions.

“Once discovered that they did not buy them in line with the monetization process initiated by former President Olusegun Obasanjo, they will still be prosecuted.”

President Buhari was said to have set up a committee consisting of security agents and civil servants to identify and recover public assets still with former political appointees.

Confirming the development on Sunday, senior special assistant to the president on media and publicity, Malam Garba Shehu, had explained that the aim was not to embarrass anyone but to recover government assets

“That is precisely the case. Even here at the Presidential Villa, there are cars and other property belonging to the government which are yet to be returned. The property belong to the Nigerian people. We are not trying to humiliate anyone by asking them to return their cars or houses,” he said.

Noting that he was not in a position to tell whether the state and local governments were facing similar challenges with retrieving government property from their predecessors, the presidential spokesman added, however, he would not be surprised if that was the case.

According to him, this attitude of holding on to government property even after leaving office must be a natural outcome of the culture of impunity entrenched in the country by the Peoples Democratic Party (PDP) administration.

“But change has come. That is why we have to do things differently now”, Shehu said.

He reiterated President Buhari’s commitment to running an austere government that will save the Nigerian people wastage of public funds.

“Imagine how much Nigeria will save by retrieving and reusing these government property instead of purchasing new ones for new government officials,” he said.