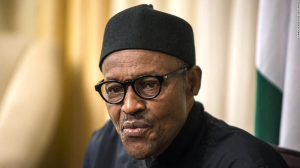 President Muhammadu Buhari has stressed the need for Nigeria to cease total reliance on crude oil and gas as its major source of revenue.

He made this declaration on Friday in Abuja at an audience with Dr Kanayo Nwanze, the Nigerian born President of the International Fund for Agricultural Development (IFAD).

President Buhari said that time had come for Nigerians to do more than pay mere lip service to agriculture, which was the mainstay of the nation’s economy before the discovery of crude oil.

“It’s time to go back to the land. We must face the reality that the petroleum we had depended on for so long will no longer suffice. We campaigned heavily on agriculture, and we are ready to assist as many as want to go into agricultural ventures,” he said.

He also promised that his administration would cut short the long bureaucratic processes that Nigerian farmers had to go through, to get any form of assistance from the government.

Buhari assured the IFAD boss that his administration would give attention to improvement of the productivity of farmers, dry season farming, and creative ways to combat the shrinking of the Lake Chad.

According to the President’s spokesman, Femi Adesina, President Buhari said there was so much to be done and that his administration would try and articulate a programme and consult organisations like IFAD for advice.

He added that foreign exchange would be conserved for machinery and other items needed for production, “instead of using it to import things like toothpicks”.

Dr Nwanze congratulated President Buhari on his victory at the general elections, assuring him that IFAD was ready to give all possible assistance to the Federal Government and Nigerian farmers to boost agricultural production and promote food security.

Since the price of crude oil dropped, the Nigerian government has given more attention to agriculture to ensure that the economy of the oil-rich nation, which depended so much on revenues from crude oil sales, is diversified.

IFAD is an international organisation dedicated to addressing issues of agriculture and poverty alleviation.

It was established in 1978, and has been collaborating with Nigeria for over 30 years.