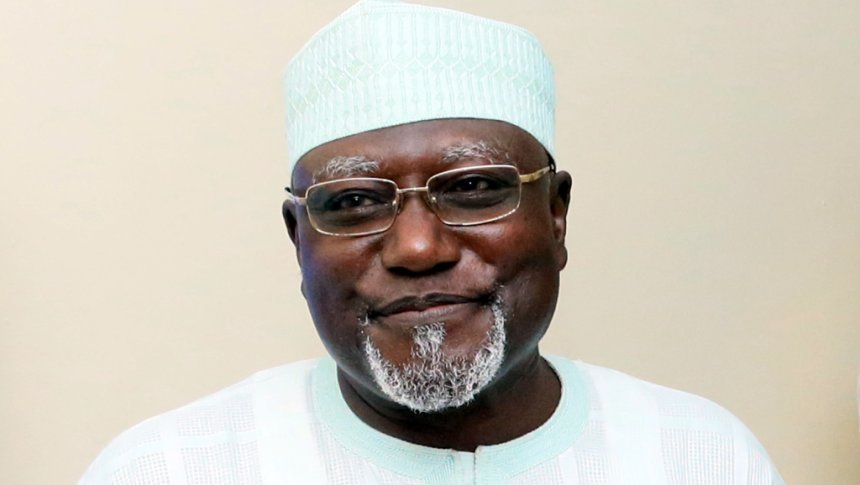 The Peoples Democratic Party (PDP) on Wednesday alleged that the Director General of the Department of State Security (DSS), Alhaji Lawal Musa Daura, is a card-carrying member of the ruling All Progressives Congress (APC).

The party at the end of deliberations at National Working Committee (NWC) meeting in Abuja, drew the attention of President Muhammadu Buhari to what it said was a disturbing development in the polity which includes “the unwarranted intrusion of some over-zealous security operatives on issues bordering purely on politics and the issue of the appointment of Mrs. Amina Zakari as acting Chairman of INEC.”

THISDAY Newspaper reports that, addressing journalists shortly after the NWC meeting, the acting National Chairman, Prince Uche Secondus, said there had been continued intimidation, harassment as well as the hounding, arrest and detention of electoral officers and members of election tribunals by operatives of the DSS in Rivers, Akwa-Ibom and other PDP states.

“The NWC notes that this unfortunate development has been the case since the appointment of the new Director General of the DSS, Alhaji Lawal Musa Daura, whom we learnt was a critical intelligence stakeholder of the APC as a card-carrying member of that party during the campaigns.

This is ungodly and unacceptable,” he said.

Secondus said the PDP leadership has thoroughly considered a number of very important issues pertaining to the state of affairs in our nation.

“The NWC brings the attention of President Buhari to some disturbing development in the polity which, if not nipped in the bud, might significantly affect our democracy and stability as a nation negatively, and that is the growing and unwarranted intrusion of some over-zealous security operatives on issues bordering purely on politics.

“In particular, the NWC wishes to draw the attention of the president to the continued intimidation, harassment as well as the hounding, arrest and detention of electoral officers and members of election tribunals by
operatives of the DSS in Rivers, Akwa-Ibom and other PDP states.

“We do hope that in his new job, the Director General of DSS is not mixing issues on the APC presidential candidate and the President of the Federal Republic of Nigeria, hence the need for Mr. President to rein him in as the development is capable of eroding the cherished independence of the judiciary and the electoral commission, a sine qua non for a virile democracy, which guarantees our unity and stability as a nation.

Similarly, the party urged the president to take a critical look at the issue of the appointment of Mrs. Zakari as acting Chairman of INEC for which it said it has severally raised some salient issues why she is not suitable for that position.

“It is incontrovertible that Mrs. Zakari by virtue of her blood relationship with Mr. President cannot preside over the affairs of INEC.

“Nigeria belongs to all of us irrespective of political, religious and ethnic affiliation and as a responsible political party we shall not fold our hands and watch while our nation drift along dangerous line

The acting National Chairman said the NWC also deliberated on the state of the party in Ekiti State and resolved that it only recognised the state exco led by Chief Idowu Faleye.

According to Secondus, the party leadership however summoned all critical stakeholders in the party administration in Ekiti State to a meeting with the national leadership on the issues in the state chapter,” he added.

Two Months After Losing The Presidency, PDP Broke; Plans To Reduce Staff By 50%