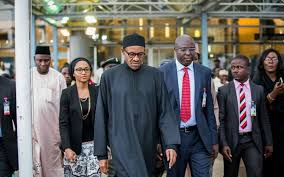 Special Adviser on Media and Publicity to the President, Femi Adesina, explained why President Buhari took his son, Yusuf Buhari, on his recent official trip to the United States.

“There is absolutely nothing wrong with the president traveling with one of his sons. It is an acceptable and standard practice. He could go with up to four members of his family. Don’t forget that when former President Bill Clinton visited Nigeria while he was in office, he came with his daughter, Chelsea.

President Barak Obama travels with his children and so the President of Nigeria can travel out with three or four of his children. Late President Umaru Yar’Adua used to travel with two of his sons and one of his grandchildren.” Adesina said