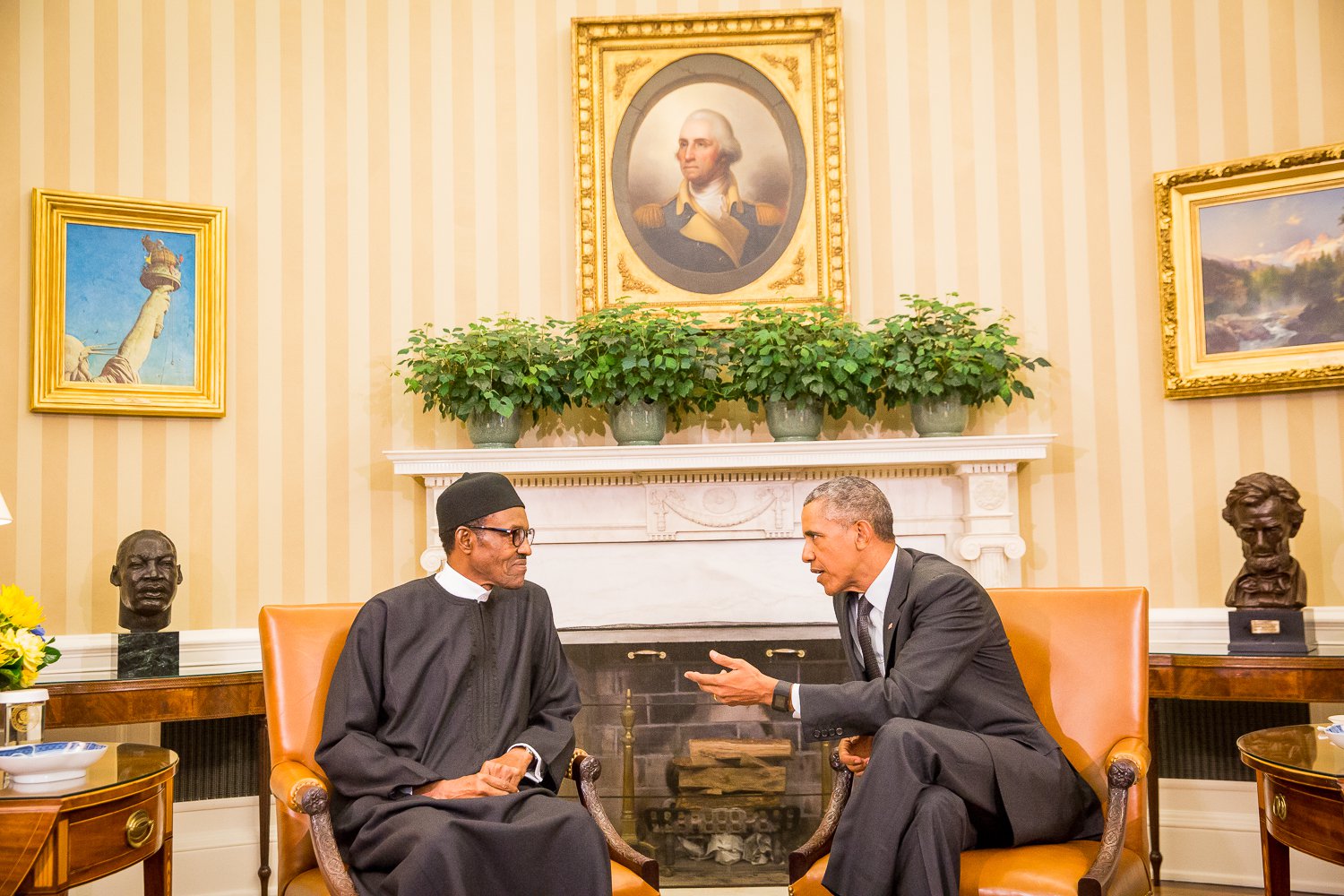 Nigeria’s President, Muhammadu Buhari is in the United States of America where he has met with his US counterpart; Barack Obama, Secretary of States; John Kerry and other stakeholders.l While meeting with the US president, the Nigerian leader goofed when he tried to unabbreviate  the initials of his party, APC. Instead of ‘All Progressives Congress’, Buhari referred to his party as the “All Nigeria People’s Congress” .

He was probably mixing it up with the now defunct ANPP (All Nigerian People’s Party) which he once represented and which also merged with other parties to form today’s ruling party, APC

Check out the video footage which is courtesy Naij.com‘s Youtube channel. The goof can be noticed around the 33rd second mark.