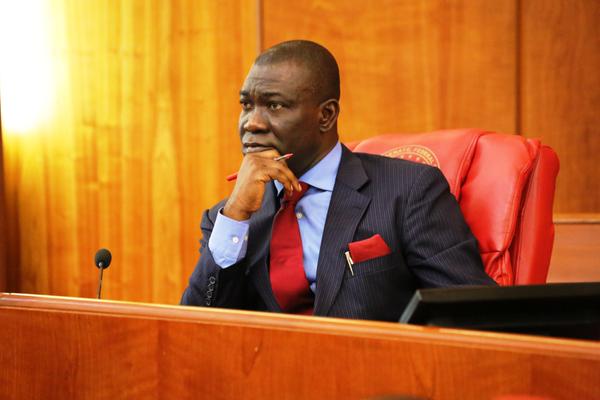 The senator representing Kaduna-Central senatorial district, Shehu Sani, has said that the impeachment of the Deputy Senate President, Ike Ekweremadu, will deepen the crisis rocking the National Assembly and impede the operations of the executive arm of government.

Sani, who was elected on the platform of the All Progressives Congress, said although he didn’t vote for Ekweremadu, the plan to remove him was not the solution to the crisis rocking the National Assembly.

The senator said this during an interview with Sahara TV on Monday.

“If we remove Ekweremadu and replace him with an APC senator, the PDP in the senate would be a potent opposition that would continue to oppose anything that the executive arm presents.

“Now that the APC senators are not united, and when you have a PDP as a force to confront, that would be an additional problem. Now, Ekweremadu is the subject matter. Ekweremadu is being seen as representing a power equation in the sharing of power in the country. Therefore, removing Ekweremadu will create more problems than the solutions which we are saying it would create.

As the 8th Senate resumes on July 28, Sani advised his colleagues to focus on providing good governance to Nigerians.

Reacting to the calls for the reduction of the allowances of lawmakers, he said, “I concur with the opinions of Nigerians that the salaries should be reduced to reflect the present economic situation of the country but our people should know that we can only work within the range of what we earn. I believe that 90 to 95 per cent of the people we represent want to see projects in their constituencies, and want to see their social and economic needs met.

“I think we need to understand the situation. When people who worked are not paid, it is not an issue of finance. It is a national security problem and I think we should look at it from that point of view. What we want is a nation that works and also a people that are comfortable with their government at all levels.”

Oh My! Buhari Referred To APC as “All Nigeria People’s Congress” ?