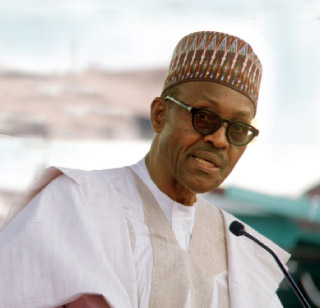 President Muhammadu Buhari made famous the lines: I belong to everybody and I belong to nobody”, in his inaugural speech on 29 May.

But the president may have just flunked a crucial test of this philosophy in his selection of Nigerian governors to accompany him on his first official visit to the United States.

All the governors belong to the ruling All Progressives Congress. In the past, Nigerian Presidents including the erstwhile Goodluck Jonathan always travels alongside APC governors..

The PDP which lost its vast majority in Nigeria’s political landscape in the 28 March and 11 April elections now has 13 governors.

The president is scheduled to depart Abuja on Sunday for Washington D.C., on a four-day official visit to the US.

According to a statement issued by the Special Adviser (Media and Publicity) to the President, Femi Adesina, in Abuja, on Wednesday, the president, who would meet with Obama at the White House on Monday, would later hold further discussions with the chairman of the United States Joint Chiefs of Staff, General Martin Dempsey and the Deputy Secretary of Defence, Robert Work, on military and defence cooperation.

Buhari is also scheduled to meet with Vice President Joe Biden and confer with the US Attorney-General, Loretta Lynch, US Secretary of Treasury, Jack Lew, US Secretary of Commerce, Penny Pritzker and the US Trade representative, Michael Froman, on support for his administration’s war against corruption, as well as fresh measures to boost Nigeria-US trade relations.

Before leaving Washington DC, President Buhari would address the United States Chamber of Commerce and Corporate Council for Africa.

The statement revealed that Buhari, who would be accompanied by governors of Imo, Nasarawa, Edo, Borno and Oyo states, as well as the Governor of the Central Bank of Nigeria (CBN) and permanent secretaries of the Federal Ministries of Defence, Foreign Affairs, Industry, Trade and Investment, would also host interactive session with Nigerians in the America.

The statement explained that US trip would also afford President Buhari the opportunity of a reunion with members of the American War College Class of 1980, in which he was a distinguished participant.

He is expected back in the country on Thursday.