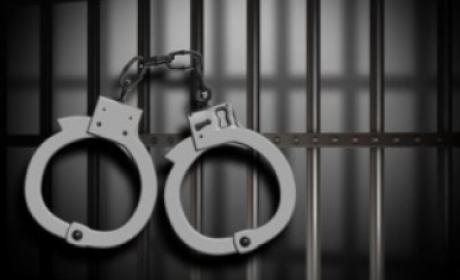 Nyako and his son, Abdul-Aziz, a serving senator, were docked before Justice E. Chukwu of the Federal High Court, Abuja, on a 37 count charge bordering on criminal conspiracy, stealing, abuse of office and money laundering.

The duo were charged alongside Abubakar Aliyu and Zulkifikk Abba. They are alleged to have at various times between 2011 and 2013 used five companies – Blue Opal Nigeria limited, Serore Farms & Extension Limited, Pagoda Fortunes Limited, Towers Assets Management Limited and Crust Energy Limited to siphon over N15 billion from the Adamawa State coffers.

The arraignment comes a few days after a Federal High Court sitting in Abuja declined to restrain the EFCC from arresting Nyako to stand trial for money laundering offences. Nyako was arrested and quizzed by the anti-graft agency June 1, 2015 shortly after he returned to the country from self-exile. He had gone on self-exile after he was declared wanted by the EFCC on February 4, 2015.

One of the counts reads : “That you Murtala H. Nyako, Abdulaziz Nyako, Zulkfikik Abba, Abubakar Aliyu, Blue Opal Limited, Sebore Farms & Extension Limited, Pagoda Fortunes Limited, Tower Assets Management Limited and Crust Energy Limited between January and December 2013 within the jurisdiction of this Honourable Court did disguise the genuine origin of an aggregate sum of N6,366,280,000 (Six Billion, Three Hundred and Sixty-Six Million, Two Hundred and Eighty Thousand Naira), which sums you reasonably ought to have known to be proceeds of an unlawful act, to wit; moneys derived from the theft of Adamawa State Government’s funds.”

They pleaded not guilty when the 37 count charges were read to them.

Following their plea, counsel to EFCC, Aliyu Yusuf, asked the court for a date for commencement of trial, and to remand the accused persons in prison custody. He also notified the court that one of its witnesses was in court.

However, defence counsel, Kanu Agabi, SAN, urged the court for an adjournment in order for it to properly go through the charges, as it was served rather late by the prosecution.

Justice Chukwu thereafter adjourned to July 10, 2015 for hearing on the bail application, and ordered that the accused persons be remanded in EFCC custody.
Similarly, Justice Ademola Adeniyi of the Federal High Court Abuja has adjourned till tomorrow July 9, hearing on the bail application of former Imo state governor, Ikedi Ohakim after he pleaded not guilty to a 3-count charge of money laundering. He was however remanded in EFCC custody.

The amount is above the threshold approved for an individual going by the provisions of Section 1 of the Money Laundering (Prohibition) Act 2004.
He is also accused of deliberately neglecting to disclose all his assets in the declaration submitted to the Commission.

Count three of the charge reads: “That you, Ikedi Ohakim, on or about the 26th of January, 2013 in Abuja within the jurisdiction of the Federal High Court, while under arrest for an offence under the Economic and Financial Crimes Commission Establishment Act, 2004 knowingly failed to make a full disclosure of your assets by not declaring your ownership of the property known and described as Plot No. 1098 Cadastral Zone A04, Asokoro District- it is also known as No.60, Kwame Nkurumah Street, Asokoro, Abuja and thereby committed an offence contrary to Section 27(3)(c) of the Economic and Financial Crimes Commission Establishment Act, 2004 and punishable under the same section”.

The accused pleaded not guilty to all the charges.

In view of his pleas, prosecution counsel, Festus Keyamo, prayed the court to remand the accused person in prison custody pending trial.
Justice Adeniyi ordered the accused to be remanded in the EFCC Custody and adjourned hearing on the bail application to Thursday, July 9, 2015.

We Warned Tinubu That ‘Northern Allies’ Will Betray Him — Fani-Kayode