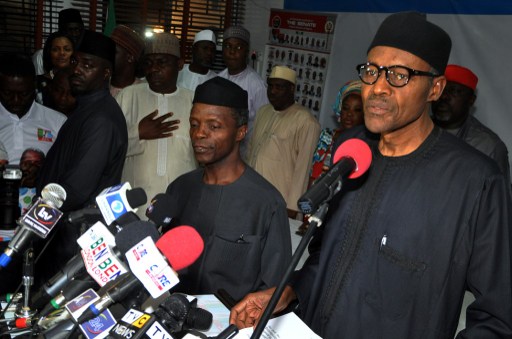 President Mohammadu on Wednesday encouraged Nigerians no to despair over the continued Boko Haram attacks against the Nigerian State, assuring that insurgency will soon become history.

Buhari’s assurance followed his condolences to all Nigerians who lost relatives in the latest terrorist atrocities in Jos, Kano, and Zaria recently.

In a statement by his Special Assistant on Media and Publicity, Mallam Garba Shehu, the president “urged all Nigerians not to be unduly disheartened by the seeming resurgence of terrorist attacks and atrocities in the country as his administration remains fully committed to overcoming the challenges of insecurity, terrorism and insurgency as quickly as possible.”

Shehu stated that “already, the intensified onslaught by the military on terrorists’ strongholds has led to significant seizures of weapons and vehicles, a blockage of their sources of arms and ammunition, and a decimation of their fighting men.

“Buhari assures Nigerians of the ability and readiness of the country’s armed forces and security agencies to contain the frantic resort by the terrorists to attacks on soft targets such as crowds and places of worship.

“President is convinced that with recent increases in troops deployment, improvements in the supply of arms and equipment to the military, as well as the ongoing effort to mobilize greater international cooperation and support, the end of Boko Haram and terrorism in Nigeria is in sight.”