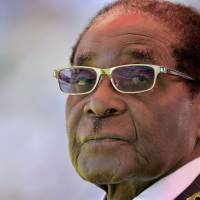 Zimbabwe’s cash-strapped government, which has failed to come up with a budget has now become desperate and is moving in to tax churches and non-governmental organisations.

With millions of people turning to Christianity in the last few years, government is said to be looking at ways to make churches prime targets for taxation.

The Daily News was yesterday told that so bad is the cash situation in government that Zimbabwe Revenue Authority (Zimra) officials were yesterday visiting churches making inquiries about their sources of income and seeking information on people who make donations.

Zimbabwe’s tax agency plans to visit all local churches and non-governmental organisations as part of an investigation into tax evasion.

President Robert Mugabe’s administration has responded to the economic crisis, characterised by an enormous burden on the State’s already strained budget, by targeting churches for a shakedown.

The move could significantly hike churches’ tax liabilities amid accusations by the tax collector that churches were funnelling funds abroad.

Since elections on July 31, Mugabe’s government has cracked down on capital flight and tax evasion in a bid to shore up government finances.

The crackdown on churches could have been torched by Tourism minister Walter Mzembi who recently suggested that churches should be taxed but he appeared to backtrack on the issue suggesting that he could have been misquoted.