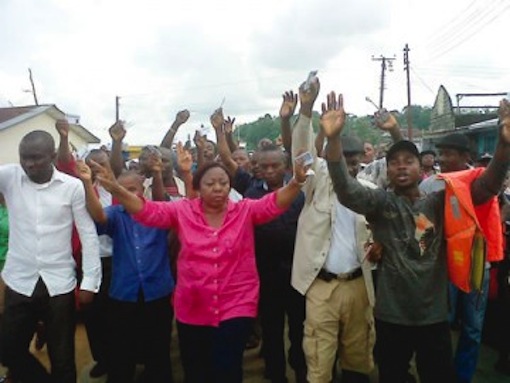 Bakassi returnees in Cross River have called for permanent resettlement and intervention to improve their welfare.

The leaders of the returnees expressed their wishes in interviews with NAN in Akpabuyo, Cross River. The leaders are Mr Etim Ene, Mr Okon Etim Effiom and Mrs Immaculata Effiom.

They asked for agricultural inputs to enable them to cultivate land recently acquired for them by UN Commission for Refugees (UNHCR).

Ene said the host community had agreed to give the land permanently to them if UNHCR could pay N600 million and offer specific assistance to them.

He said that no fewer than 439 widows were currently living in the refugee camps at St. Mark’s Primary/Secondary school at Akwa Ikot Eyo Edem.

He said that they were grateful for efforts by relevant agencies, the host community, Cross River Government and the Federal Government to remedy their plight.

“This will afford us the opportunity to launch into large scale farming for economic growth,’’ he said.

Ene further asked for engine boats and fish processing facilities for the returnees to resettle at Dayspring Island.

“This measure will productively engage the teeming population of our youths; provision of seedlings, pesticides, fungicides and herbicides and provision of water for in-season and out-of-season cultivation of crops.

“We are requesting for medicare and education for our wives and children, continuous feeding, power supply for studying and security.

“Currently the United Nations High Commission for Refugees (UNHCR) has rented a 15-acre farmland for us at N250, 000 per year.
“To reduce this cost we solicit for a permanent farm settlement. It will give us great joy to contribute to building of the economy of Cross River. But we cannot achieve this by being dependent on others.

“We are a hardworking people and will excel given the right opportunities. Our needs are modest and meeting these needs will end the suffering of the Bakassi people,’’ Ene said.

They also expressed appreciation to those God had used to “cushion the effect of our difficulties and suffering for the sake of peace between our fatherland, Nigeria, and Cameroon’’.

The refugees said the Cross River Emergency Management Agency (SEMA) had helped “in ensuring that our children are back to school as well as providing basic health care for us in camp’’.

They commended UNHCR for sponsoring the farm project at Ikpa Nkanya and training the youth in different vocations through Rhema Care, a Non-Governmental Organisation.

They said that the Department of International Development and Cooperation assisted in facilitating safe delivery of relief items and training programmes for them.

They also commended the National Emergency Management Agency (NEMA) for its efforts.

In an interview with NAN in Calabar, Mr Vincent Aquah, Director-General, SEMA, said the returnees were camped in Akpabuyo on March 7, 2013.

He said conditions in the camps at the time they were established were conducive to community life.

“They were provided with shelter insulated from harsh weather conditions, supplied with sanitation facilities, feeding and healthcare were then guaranteed and ensured.

“Their children went to schools free of charge, there were recreational facilities, provisions for two viewing centres and full bouquet of DSTV, indoor and outdoor games, water supply and adequate security in conjunction with the Nigeria Police.

“There were collaboration with other agencies like NEMA, UNICEF and UNHCR but after August 2014 we discontinued with our mass care services.

“This was because government then felt that it was better for them to be placed on the state’s Conditional Cash Transfer Scheme (monthly payment to each family) through the appropriate government,’’ Aquah said.

He said some of the IDPs were victims of community disputes and natural disasters.

He appealed to relevant agencies and the Federal Government to approve a special grant for states with displacement crises.
Aquah also appealed to state governments to set up structures for effective management of displacement in strict adherence to UN rules.

He said that Bakassii returnees needed no “temporary measures but permanent resettlement.

“Farm is just a relief, a palliative. The people have gone through relief enough,” Aquah said.

Governor Ben Ayade of Cross River during the campaign for his election promised to build a housing estate for the returnees at Akpabuyo.

Ayade said his administration would build a fabrication academy to train the youth and transform the community.