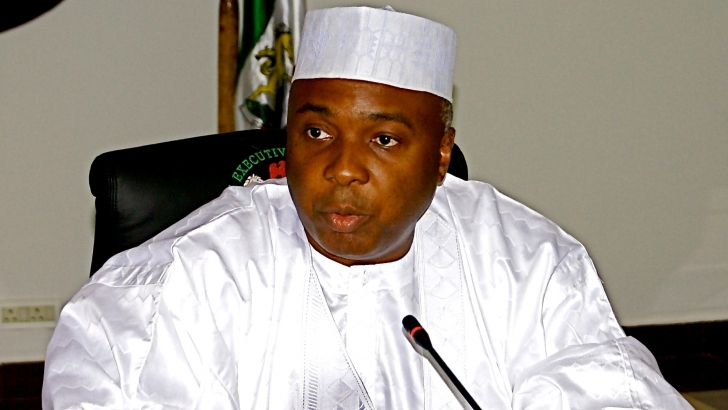 The Senate President, Bukola Saraki, has assured that members of the Red Chamber will reconvene any time before the adjourned date to consider any matter of urgent national importance or to attend to any national assignment requiring its attention, especially the nomination of ministers by President Muhammadu Buhari.

He made this clarification in a statement released by his media team.

“The adjournment of Senate’s plenary to July 21, 2015, was meant to give the Senate Ad-Hoc Committees on Legislative Agenda and Review of the Senate’s Finances time to conclude their work and submit their reports. The two committees were given one-week to submit their reports. However, the Senate assured that it will reconvene at any time before the adjourned date to consider any matter of urgent national importance or to attend to any national assignment requiring its attention,” the statement reads.

The Senate’s Ad-hoc Committee on Financial review is the first time the Senate is setting up a body to review its own salaries, allowances, and the overhead cost of running the Senate with a view to realigning them to reflect the present economic situation in the country.

It could be recalled that the National Assembly had slashed its 2015 budget to N120billion from N150billion as a result of dwindling Federal Government’s revenue.

The cut was part of the National Assembly’s belt-tightening measures in view of the current economic realities in the country.
Saraki, had during the inauguration of the committee observed that the subject of reduction in cost of governance had been on the front burner of national discourse for a long time because of its extremely sensitive nature.

Saraki pledged that the Senate under his leadership would make “financial conservatism” its watchword.

The Senate President said: “There still persists the need to project clarity, accountability and transparency in all legislative matters and legislators’ welfare.

“The 8th Senate under our watch recognizes the concerns raised by Nigerians about the cost of running office most especially with the economic challenges facing our nation.

“The Senate will be more transparent regarding all public funds spent for the purpose of paying salaries and allowances of legislators and ensure that distinction is sufficiently made between what a legislator actually earns and what is spent to run and implement legislative business and committee activities.

“The watchword in our financial issues will be fiscal conservatism. It is therefore on this arm that the committee is mandated to carry out thorough fiscal examination on the Senate finances with the aim of coming up with the best cost-effective regime in the 8th Senate.”